Thanks to Kathleen Kotarba, Executive Director of Baltimore’s Commission for Historical and Architectural Preservation, for sharing a guest post on the Defender’s Day Weekend rededication of two War of 1812 monuments in Federal Hill Park and the story behind their conservation.

Celebrate and Rededicate War of 1812 Monuments on Federal Hill

The ceremony is co-hosted by South Harbor Renaissance, Inc. and the Baltimore City Department of Recreation and Parks, with the cooperation of the Maryland Military Monuments Commission and the Commission for Historical and Architectural Preservation.

The Samuel Smith Monument was one of several sculptural monuments commissioned in recognition of Baltimore’s Centennial of the War of 1812. General Smith was commander of the Maryland forces that repulsed and defeated the British in the Battle of Baltimore at North Point and at Fort McHenry on September 12-14, 1814. Previously, Smith had been a hero of the Revolutionary War. After his exemplary military career, he continued his public service by serving forty years in Congress including becoming President of the U.S. Senate, serving as Secretary of the U.S Navy, and at the age of 80 serving as the Mayor of Baltimore.

Prominent Baltimore sculptor Hans Schuler received three commissions during the Centennial of the War of 1812, including the monument to General Smith. Schuler’s sculpture artfully presents the strength of the General, standing in his military uniform from the War of 1812. This 1917 monument has been relocated twice and was originally located in the southeastern edge of Wyman Park. In 1953, the monument moved to a park named for Samuel Smith at the corner of Pratt and Light Streets. In 1970, General Smith’s monument was moved to its current Federal Hill Park location, overlooking the grand view of Baltimore’s harbor and skyline.

In January of 2012, the Commission for Historical and Architectural Preservation (CHAP) determined that structural conditions within the monument’s base required the City’s immediate attention. In Summer of 2013, CHAP engaged Conservator of Fine Art, Steven Tatti, to conduct a comprehensive conservation of the monument, including the necessary reconstruction of the base.

The bronze statue of Samuel Smith was removed and secured to allow for the dismantling of the granite base. The statue of Smith was carefully cleaned and the bronze received a heated wax conservation treatment. The granite sections of the monument base were completely dismantled and placed adjacent to the monument. The existing structural pad was then cleaned and prepped for the reconstruction of the base. The one broken section of granite was repaired prior to reinstallation. The granite sections were gently cleaned to avoid potential damage. The monument base was then reconstructed and repointed, course by course, to restore its stability. It was very important to get each course level and plumb to insure that the bronze statue could be reinstalled securely.

Once the granite base was reconstructed, the bronze statue of Smith was returned the top of the monument. The projected was funded by the City of Baltimore, through CHAP’s Monument Restoration Program in the Department of Planning, with additional contributions of the Maryland Military Monument’s Commission.

The Mayor and City Council of Baltimore erected the Colonel George Armistead Monument on Eutaw Place on September 12, 1882. Armistead was commander of Fort McHenry during the British attack of September 13-13, 1814. The architectural firm of G. Metzger designed this monument that features the outline of Armistead’s career in the inscription on the shaft. The marble block of fourteen feet rests on a base a foot and a half high. This monument was commissioned as a “substitute” for an earlier ca. 1828 tablet of commemoration that became defaced and destroyed by time.

As with the Samuel Smith Monument, the Armistead Monument was moved from its original location. Designed for its initial installation on Eutaw Place, the monument was subsequently moved to Federal Hill after residents protested that its height did not harmonize with the loftiness of their homes. Today, the strong architectural presence of the Armistead Monument anchors the Federal Hill overlook in close proximity to the Samuel Smith Monument.

In summer of 2013, CHAP engaged Conservator of Fine Art, Steven Tatti, again to conserve the Armisted Monument. The original lower tier of the stacked stone foundation was cleaned and shimmed as needed. The stone foundation, as well as the joint between the foundation and the monument base, was then repointed with an appropriate sand cement mortar mix. The monument itself was gently washed, carefully avoiding damaging the fragile stone. The ornamental fence was then cleaned, prepped and repainted with alkyd black semi-gloss paint. The projected was funded by the City of Baltimore, through CHAP’s Monument Restoration Program in the Department of Planning, with the additional contributions of the Maryland Military Monument’s Commission and the City-wide Adopt A Monument Fund.

This post is based on the September 2013 Monument Project Conservation Report available from CHAP.

Join us at the Federal Hill Main Street offices on Wednesday, September 5 for a quick one-hour workshop that offers an introduction to weatherization, energy audits, incentives for energy efficiency, and historic tax credits. RSVP today! 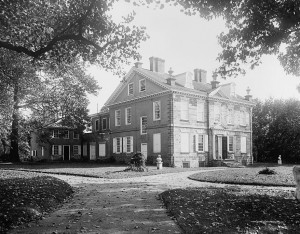 In recognition of the 150th anniversary of the beginning of the Civil War, Baltimore Heritage is sponsoring a two-part program to explore sites in Baltimore with important ties to slavery and to learn about what historic sites around the country are doing to tell the story of slavery in America. The first part of the program is a walking tour of FrederickDouglass’s Fell’s Point, led by historian Louis Fields. The second part will be a talk by Ms. Nell Ziehl of the National Trust for Historic Preservation, on interpretation of slavery at historic sites nationally. Both are free, and I hope you can join us.

Frederick Douglass is quoted as saying that knowledge is the pathway from slavery to freedom, and he certainly grabbed a good dose of it as a youngster in Fell’s Point. It was here that he learned to read and write, and from here that he escaped to freedom. In a two hour walking tour, local historian Louis Fields will lead us through Fell’s Point as experienced and shaped by Frederick Douglass in the years leading up to the Civil War and immediately after it. Mr. Fields was a driving force behind the creation of the plaques and monuments to Frederick Douglass that are now located throughout the area.

In the second part of our Civil War commemoration series, Ms. Nell Ziehl will lead a discussion on how sites owned by the National Trust for Historic Preservation across the country preserve and interpret slavery. The interpretation and presentation of history involving slavery has evolved quickly over the last several years, with richer information and more accurate accounts in the forefront. The National Trust owns several sites with strong ties to slavery and the Civil War and has been a leader in this movement, and Ms. Ziehl will share some of the challenges and successes in this ongoing endeavor. Please join us for either or both of these free events.

The Italianate style, with its consistent cornice line, made for uniform and stately rows of identical houses. In older federal and Greek Revival style rowhouse neighborhoods, however, it had the opposite effect. The imposing cornices reminiscent of the palaces of the Renaissance – and the full-height top storey beneath them – proved so popular that Baltimoreans either tore down their old dormered or Greek Revival rowhouses or converted them to the Italianate style. The result is a romantic jumble of differing rooflines that lends a peculiar charm to older neighborhoods like Fells Point and Federal Hill.