This afternoon the city’s historic preservation commission (CHAP) advanced the nomination for Sarah Ann Street in the Poppleton neighborhood of West Baltimore to become a local historic district. The district would include the alley houses in the 1100 block of Sarah Ann Street that have been owned by Black Baltimore families since they were built in the 1870s, as well as two houses on North Carrollton Street that also have rich histories. The next step for the nomination is for the preservation commission to conduct further research and solicit additional input from the public before holding a second and final hearing this fall.

We at Baltimore Heritage first got involved in the effort to save these historic houses from being demolished back in 2004. We joined neighborhood residents, including homeowner Sonia Eaddy and her family who still live there and are still active advocating for their homes, along with retired judge Tom Ward who worked for decades preserving historic places in West Baltimore. The city’s recent willingness to create a new historic district and preserve the houses comes after years of uncertainty. It also comes after new allies joined the fight, including Dr. Nicole King and her students from the University of Maryland Baltimore County.

If you would like to have your voice heard on this issue, you can email comments to the preservation commission’s executive director, Eric Holcomb: eric.holcomb@baltimorecity.gov. And check back here for additional information as the Sarah Ann Street historic district proposal advances. 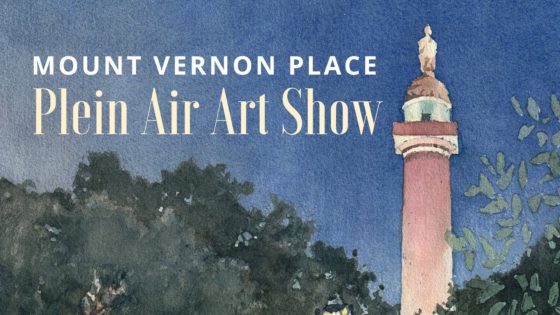 For Sponsors: We’re looking for sponsors in the following categories

Baltimore Heritage is seeking proposals to undertake a survey of African American heritage sites within the Old West Baltimore National Register Historic District. The work will include documenting historic sites in a spreadsheet format and preparing Maryland Inventory of Historic Places forms for five places.

Update: With regard to COVID-19, this position does not require in-person contact or in-person meetings. It does require research that could include accessing physical collections and archives at places like the Pratt Library, the Afro-American archives, and other repositories. Currently, these are closed to visitors and re-opening schedules have not been announced. If it is determined that accessing physical collections is a necessary part of this research, and these places remain closed for an extended period of time, we will work with the contractor to adjust schedules and expectations.

To apply, please follow the instructions in our Request for Proposals.

In 2017 then Mayor Catherine Pugh removed three memorials to the Confederacy and one statue of the author of the infamous Dred Scott decision that were erected with racist motivations and caused pain for many in our Baltimore community. Standing in our city today, there are other public monuments whose presence memorialize the oppression of Black people and people of color. These are also painful. For too long, too many people in the historic preservation movement have either discounted the ongoing harsh suffering that some public memorials are causing, or have remained silent. Since 1960, Baltimore Heritage has been Baltimore’s city-wide historic preservation nonprofit organization. We believe that we have an obligation to address this issue directly and that now is the time to speak out clearly. Below is our position.

We recently shared one of our Five Minute Histories videos on Captain John O’Donnell and the early origins of the Canton neighborhood. We asked the question of whether Canton really got its name from O’Donnell, a ship captain who traded in Canton, the anglicized name of Guangzhou, China. And we got the help we needed!

Minutes after we published our video, Baltimore historian Wayne Schaumburg replied with some insight. Apparently we are not the first folks to wonder about this, and a book called Historic Canton by Norman Rukert may shed some light. Here’s the gist of the story.

In 1935, two members of the Maryland Historical Society looked into whether Captain O’Donnell was the source of the name Canton. Based on meticulous research, Dr. Henry Berkley mapped out the area into original land grants, quit rents, and Calvert Family papers. His colleague James Hancock looked at the map and noticed that in 1652 (yes, 1652!) there were two parcels near today’s Baltimore that he read as “North Canton” and “South Canton.” This would have been over 100 years before John O’Donnell sailed into Baltimore in 1785 as one of the first American captains to trade with China.

However, the author of Historic Canton, Norman Rukert, didn’t fully believe Hancock’s reading of the word Canton and so he went back to the original Calvert papers himself. He found the parcels were not called Canton, but Conton with an “o” not an “a.” Humm.

To make matters more confusing, a reporter from the “East Baltimore Guide” then took a stab at the original research. He found the 1652 reference to the Conton parcels, and another reference dating to 1682, 30 years later but still way before Captain O’Donnell’s time. In this reference, one Robert Clarkson transferred a 245-acre parcel called Conton and later in the same document transferred the same 245-acre parcel but this time called it Canton. Didn’t anybody teach spelling back then?

Despite the flip-flops in spelling, the final chapter of the saga sheds some light. Upon investigation with the State Archives, the East Baltimore Guide reporter found that the locations of the parcels in question named either Conton or Canton (or both!) are described as on the west side of the Chesapeake and on the south side of the Patapsco near a place called Rumly Marsh. That’s all it took for the intrepid reporter to know for certain that these early parcels had nothing to do with Captain O’Donnell’s land. He knew that although today’s Canton could be described as being on the west side of the Chesapeake, it is certainly not on the south side of the Patapsco and is nowhere near Rumly Marsh.

So, whatever parcels may have been called Conton or Canton in the 1600s, they were not the nearly 2000-acre parcel that Captain O’Donnell amassed in the late 1700s and is today’s Canton neighborhood. We know that the good captain called his estate Canton, and the dogged search through historical records shows he was almost certainly the first one to do so. Case closed, we say!