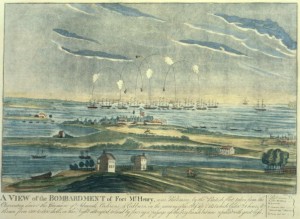 Have you ever seen a handsome building in Baltimore and swear that you had seen it before? Maybe around Florence, Italy? Join Dr. Ralph Brown for our fun bike tour around Baltimore and you’ll swear you are back in Florence—even for just a few hours. Florence has Michelangelo’s David, the Duomo, the Palazzo Vecchio, the Medici, the Arno River spanned by the Ponte Vecchio and great gelato. Baltimore has the Bromo Seltzer Tower, the Jones Falls and, of course, our own tasty gelatos in Little Italy.

We’ll re-discover the sights, sounds and tastes of the great Renaissance city of Baltimore has while learning something new about iced desserts and Baltimore’s key role in their history.

Support Baltimore parks and enjoy a fun conversation about the history of parks, planning and Olmsted as we pedal together.

END_OF_DOCUMENT_TOKEN_TO_BE_REPLACED

Join our esteemed guide Dr. Ralph Brown on a Memorial Weekend roll past a few of the highlights of the Monumental City as we remember to soldiers sailors, men and women who have served in wars throughout Baltimore history.