Our last Baltimore by Bike ride of the year offers a chance to see the city through the eyes of Baltimore’s own H.L. Mencken – one of the most influential American writers of the 20th century. H.L. Mencken grew up and spent most of his life in a handsome brick rowhouse on Union Square but he never hesitated to explore the city he loved (and loved to skewer) as he walked, reported, and even rode a bike through Baltimore neighborhoods from Mount Vernon to Bolton Hill and beyond.

Join us for a easy fall ride through H.L. Mencken’s Baltimore. The eldest son of August Mencken, a successful local cigar manufacturer, Mencken grew from roaming the alleys and vacant lots with gangs of West Baltimore boys to become one of the youngest reporters at the Baltimore Herald, launching a career in journalism and writing that endured for nearly 50 years.

We’ll ride along the streets that Mencken knew best as we discover the site of Little Joe’s Bike Shop where Mencken learned to ride a bicycle in the 1890s, imagine the fine meals Mencken enjoyed with friends at Marconi’s on Cathedral Street, stop by F. Scott Fitzgerald’s home in Bolton Hill and stop by the Poe House, just around the corner from Mencken’s birthplace on Lexington Street. Our tour ends with a chance to tour the H.L. Mencken House and enjoy light refreshments.

Thanks to everyone who joined us last month for our West Baltimore Squares Photowalk & Tour organized in partnership with the  Baltimore Sun’s DarkRoom. Photographers, locals and first-time visitors to Sowebo all had the chance to photograph local landmarks from Hollins Market to Franklin Square with a stop at the H.L. Mencken House on Union Square – where Will Cocks caught this nice shot of Mencken’s cigar box. Find more featured images from the photowalk at the Baltimore Sun DarkRoom blog. 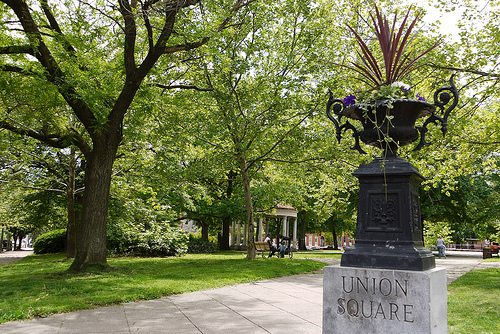 Join Baltimore Heritage and the Baltimore Sun for our first photo walk and tour at the Sowebohemian Festival on Sunday, May 27! The utterly unique Sowebo Arts & Music Festival is a can’t miss neighborhood event in Hollins Market with music, dancing, great food, artwork, antiques and more. Of course, the festival alone offers a feast of photo opportunities for any photographer but it is also a great excuse for us to go out and explore the historic parks and neighborhoods of southwest Baltimore.

Bring along your camera for a quick afternoon walk to see a few of West Baltimore unique parks and landmarks. Starting from the handsome brick Hollins Market, designed by Baltimore City Hall architect George Frederick, we’ll explore the Italianate rowhouses around Union Square and stop in at H.L. Mencken’s backyard. From Union Square, we’ll cross Baltimore street (one of the oldest commercial main streets in the city), check out historic Franklin Square, and take a look inside the grand Gothic Revival sanctuary at St. Luke’s Episcopal Church. We’ll be joined by a Baltimore Sun photographer who’ll offer professional advice on getting the most out of your photos.

The Friends of West Baltimore Squares will also be raffling off a few chances to enter Baltimore City Parks Photo Competition for free! Even if you don’t win, you can enter the competition for $20 for adults and $10 for under 18. 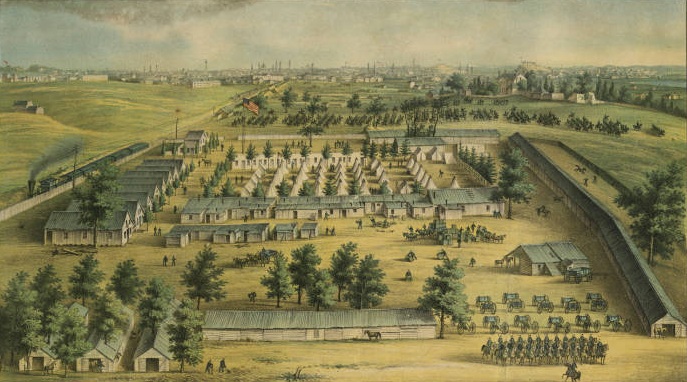