Yesterday afternoon, Senator Ben Cardin announced the introduction of new legislation in Congress to expand the reach of the federal historic rehabilitation tax credit program. This would be great news for us in Baltimore, and in fact Senator Cardin chose Baltimore’s own Clifton Mansion, which the nonprofit Civic Works is restoring with the help of the current federal program, as the location to make his announcement.

Senator Cardin’s bill, the Creating American Prosperity through Preservation (CAPP) Act, helps smaller projects by increasing the tax credit on projects of $5 million or less and promote energy-efficiency. By supporting historic preservation across the nation, this bill also has tremendous potential to create jobs as Senator Cardin said yesterday:

“I am extremely proud of this bill because it will help ensure that historic properties are restored and made useful once again, while creating jobs that will stimulate greater economic activity. The Historic Tax Credit has created some 2 million jobs nationwide since 1978 and by expanding the program to include energy-efficient improvements and additional restoration projects, we can create thousands of new jobs in renovating historic properties.”

In Baltimore, the federal credit has been instrumental in numerous historic rehab projects including the American Can Company, Tide Point, the Hippodrome Theater, Clipper Mill, and Montgomery Park, just to name a few. The National Trust for Historic Preservation joined Senator Cardin in announcing that the CAPP Act is their top legislative priority for 2012. Republican Senator Olympia Snowe from Maine is a co-sponsor of Senator Cardin’s bill and with bi-partisan support in the Senate we hope that Senator Cardin is successful and that the bill will become law.

This edition of our Baltimore Building of the Week series with Dr. John Breihan is a few days late but still a stunning landmark of Baltimore history and architecture: Clifton Mansion,

The country home of Baltimore’s premier philanthropist, the wealthy merchant Johns Hopkins, Clifton represents another variation on the Italianate architectural style so popular in the middle of the 19th century. Besides their massive symmetrical town palaces with heavy overhanging cornices, the merchant princes of the Italian Renaissance also built less formal suburban villas. The layout was deliberately asymmetrical, especially evident in a tall tower placed at an off-center location in the design. Johns Hopkins certainly qualified as a merchant prince. In addition to his town mansion on Saratoga Street (since demolished), Hopkins in the 1840s began to remodel an older Federal-style house situated on a suburban hilltop, once the home of an 1814 Baltimore Defender. The architectural firm of Niernsee and Neilson incorporated the old house into a much larger mansion, including various Italianate elements – particularly bracketed cornices and arched windows and porch arcades – combined with the asymmetrical layout and 80-foot tower that mark the Italian Villa style.

END_OF_DOCUMENT_TOKEN_TO_BE_REPLACED

For our 50th anniversary year, Baltimore Heritage is posting a new image each week featuring one of Baltimore’s historic buildings and the story of how preservation took part in Baltimore history. Our images and captions for this series are provided by Dr. John Breihan, a professor of history and preservation at Loyola University and a vice-president for Baltimore Heritage. The very first image of the year is of the 1763 Mount Clare Museum House, 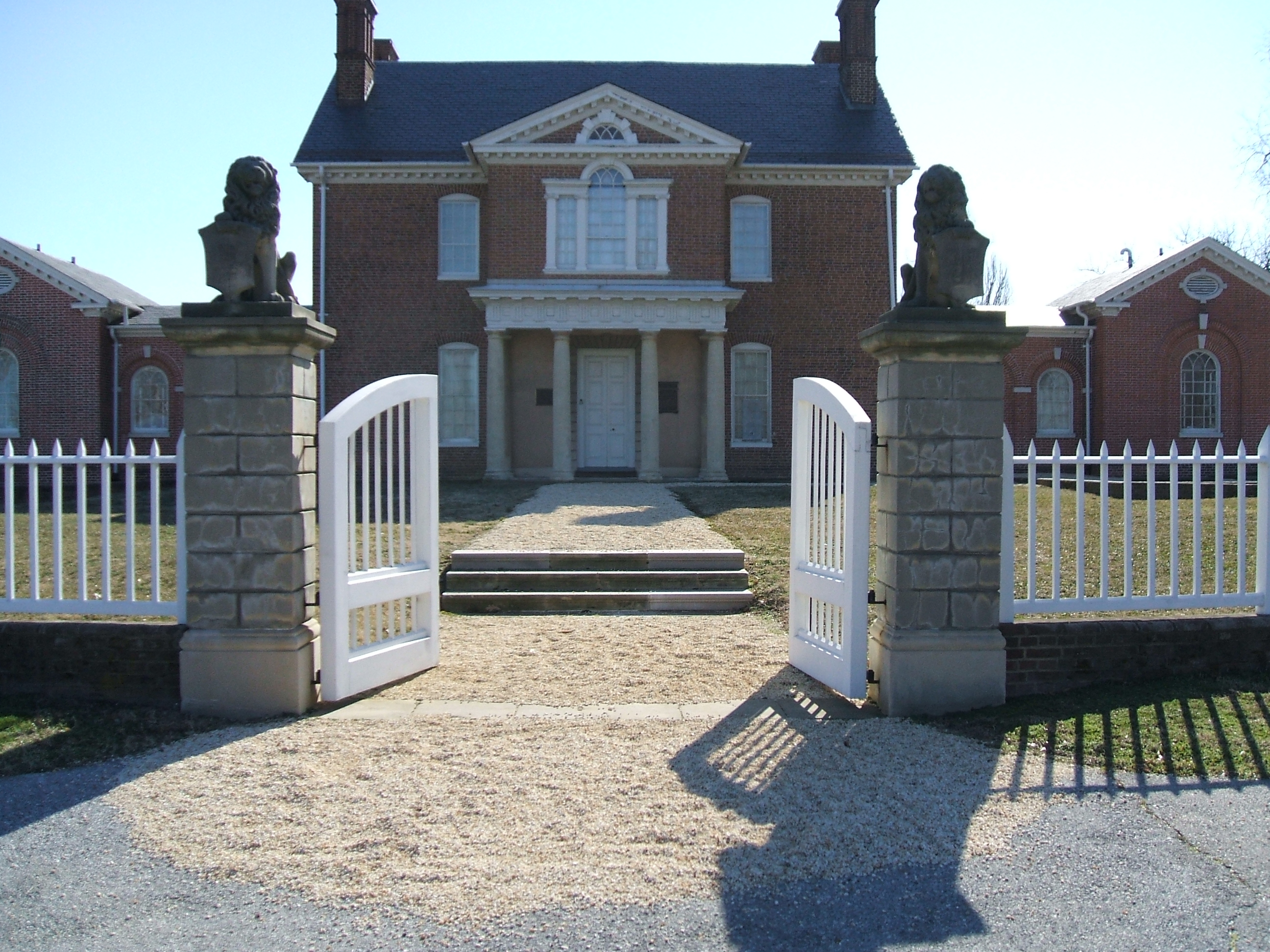 Probably the oldest structure standing in Baltimore City is the Mount Clare Mansion in Carroll Park. A perfect five-part Georgian Palladian plantation house, Mount Clare was built about 1760. It was saved by the Colonial Dames of America, who operate it as a house museum.

2020 Virtual Pitch Party: Help Us Give Away Five Micro-Grants!