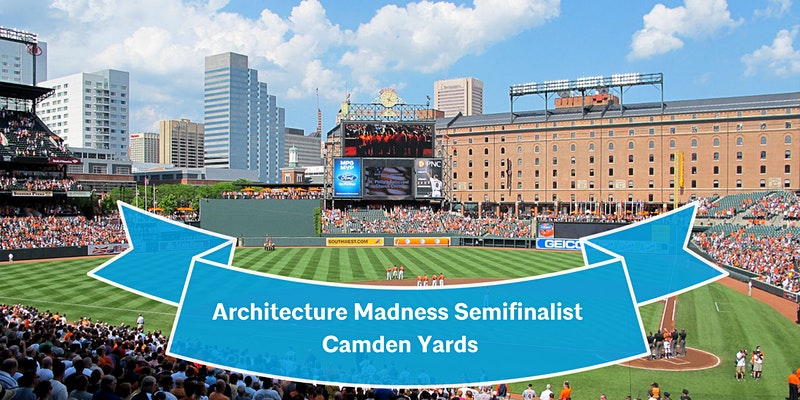 Oriole Park at Camden Yards consistently ranks among the top ballparks in the world, and has had a profound influence on ballpark design since it opened in 1992. The design broke away from the idea that stadiums should be on the outskirts of cities surrounded by massive parking lots. Instead, Camden Yards was placed near the heart of Downtown and designed to complement its historic surroundings and incorporates the site of Camden Station with the 1905 B&O Warehouse. Camden Yards ushered in the trend for retro ballpark design and demonstrated that the best stadiums are those that are integrated into the urban fabric of the city.

Camden Yards made it to the semifinals of BAF’s Architecture Madness tournament, which included 64 exceptional Baltimore buildings built between 1870 and today, hosted in celebration of AIA Baltimore’s 150th anniversary. We’ll explore what makes Camden Yards one of the top ballparks in the world.

This program is hosted on Zoom. Upon registering you will receive an email confirmation and a Zoom link. If you do not receive a link, please contact ndennies@aiabalt.com. If you do not contact us at least 1 hour prior to the start of the program, we cannot guarantee admittance.

Tickets are donation based. We encourage you to give what you can to support BAF and Baltimore Heritage. Your support helps us make up for lost tour and program revenue from COVID-19 and create more virtual programs like this.