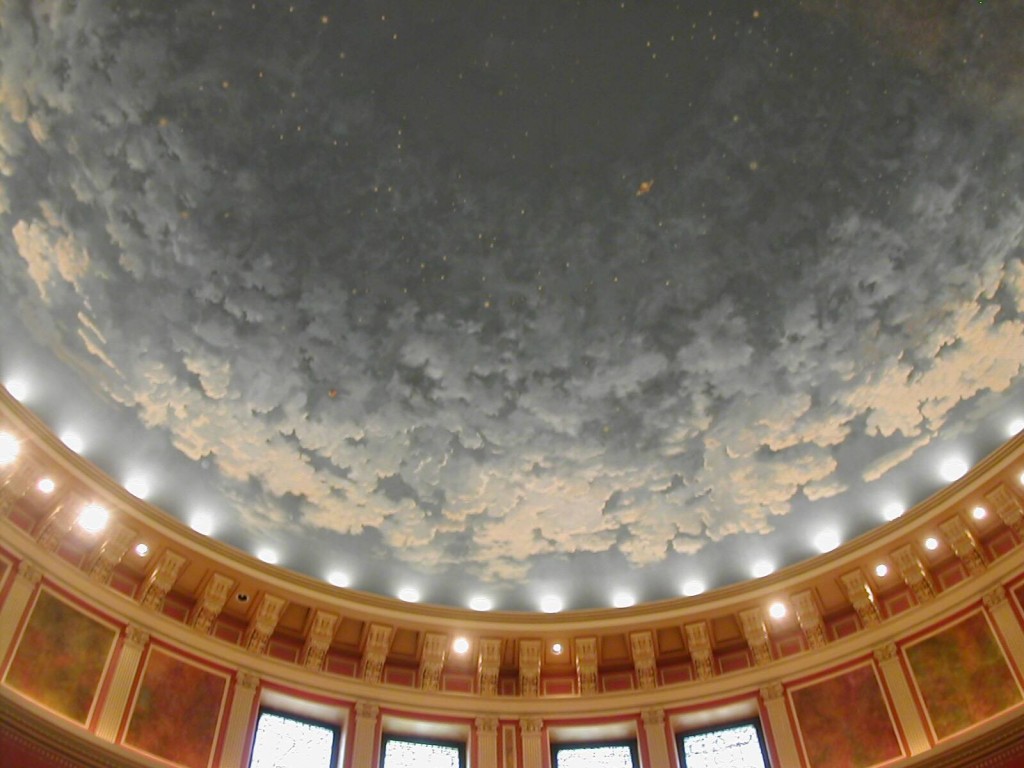 In 1784, English Methodism founder John Wesley reluctantly agreed that Methodists in the newly formed United States of America could organize their own church. Francis Asbury was chosen to become the first General Superintendant by consecration at Barratt’s Chapel in Delaware, but he demurred until a majority of Methodist preachers in the country would elect him. After a six-week, 1200 mile campaign up and down the east coast, Asbury was consecrated at Lovely Lane Meeting House in Baltimore later that year. The meeting then occupied a small structure at what is now Redwood and Calvert Streets, and relocated to Light Street in 1786. (This site now contains the Merchant’s Club building that houses the Baltimore Culinary Institute). Nearly a hundred years later, In 1883, the church’s pastor, Dr. John F. Goucher, hired Stanford White, the famous Victorian architect, to build a new church as a centennial monument to the founding of Methodism. The present building at 22nd and St Paul Streets was completed and dedicated in November 1887. After experiencing hard times in the 1960s and 1970s as much of its congregation moved away from the area, the congregation began restoration work in earnest in 1984 on the 200th anniversary of the founding of Methodism here in Baltimore. The work included refurbishing the extraordinary domed ceiling that depicts the morning sky with the stars and planets as they were at 3a.m., November 6th, 1887, when the church was dedicated. Please join us and our hosts from Lovely Lane as we learn about this extraordinary building and the congregation’s significant contributions to our nation.