Thanks to Baltimore Heritage intern Elise Hoffman for researching and writing this post on the history of the Harlem Theatre. This post is cross-posted from the Friends of West Baltimore Squares blog.

The Harlem Theatre, now known as the Harlem Park Community Baptist Church, is a local landmark on the western edge of Harlem Park– one of the city’s most extravagant African American movie theaters with a unique “celestial ceiling” featuring “twinkling electrical stars and projected clouds.” Built in 1902 as the home for the Harlem Park Methodist Episcopal Church, after they out grew their previous building, the structure still retains its ornamental Romanesque style with arched doors and windows made of rough blocks of Port Deposit granite.

Harlem Park Methodist Episcopal Church did not remain in the area long however. After the building opened in 1903, two destructive fires — in December of 1908 followed by an even more severe fire in 1924 — led the congregation to sell the building and move out to a new church at Harlem and Warwick Avenues at the western edge of the developing city. At the same time the neighborhood began to transition from a largely segregated white to a predominantly black community, a change that almost certainly influenced the white congregation. In 1928, the congregation sold the church to Emanuel M. Davidove and Harry H. Goldberg, owners of the new Fidelity Amusement Corporation, established to build “a 1,500 seat motion picture theatre for Negroes…to be known as Harlem Theatre.” 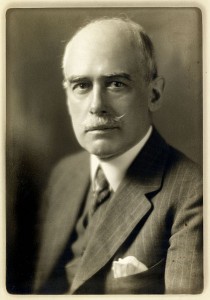 The company hired architect Theodore Wells Pietsch, a notable Baltimore architect who also designed Eastern High School and the Broadway Pier. Pietsch took the property’s history into consideration when designing the new building: the theatre was made fireproof through the use of steel and concrete, and a fire extinguishing system was also included in the building’s design. Pietsh’s new design had an elaborate Spanish Mission theme described at the time as one of most elaborate designs on the East Coast and promoted as “the best illuminated building in Baltimore.” The bright façade included a 65-foot marquee with 900 50-watt light bulbs illuminating sidewalk underneath, “tremendous electric signs” around the marquee, and a forty-foot tall sign that could be seen from two miles away.

In October 1932, the owners organized a celebration to open the theater “in a blaze of glory” drawing jubilant crowds of 5,000 to 8,000 people. The jubilant scene was described by a journalist:

“The blazing marquee studded with a thousand lights made the entire square take a semblance of Broadway glamour. The marquees illuminated the entire Harlem Square which was crowded with those who lined the sidewalk unable to gain admittance.”

Over the next forty years, countless numbers of Baltimore residents enjoyed the theatre’s “cavernous three-story high ceiling, a balcony, carpeted floors and thick cushioned seats” and “celestial ceiling with twinkling electrical stars and projected clouds that floated over movie-goers’ heads.” The Harlem Theatre also hosted events supporting the broader community, such as a free “Movie Jamboree” in 1968 for the children of Baltimore workers donated by the theatre’s then-manager Edward Grot, and midnight shows to raise money for the local YMCA. Unfortunately for the Harlem, as movie theatres that previously discriminated against black customers began to desegregate in the mid 20th century, their business declined. By the mid-1970s, the Harlem Theatre had closed.

The building took on a new life in 1975 when Reverend Raymond Kelley, Jr. purchased the old theater and turned it into the Harlem Park Community Baptist Church dedicated on July 6, 1975. The building has been refurbished– the congregation traded in the old theater seats for pews and removed the large marquee–but much of the original historic character remains intact. Of course, the story of the Harlem Theatre also remains in the  memories of thousands of Baltimore residents and we hope you can share your stories with us in the comments.

Do you want to share your photos or stories of West Baltimore landmarks? Please get in touch with Eli Pousson at pousson@baltimoreheritage.org or 301-204-337.