On January 7, the nonprofit youth training organization Civic Works announced that it has met its fundraising goal and is launching a $7 million restoration campaign for Clifton Mansion.  The Mansion was home to Henry Thompson, a War of 1812 hero, and the summer home of philanthropist Johns Hopkins. It is now owned by Baltimore City with Civic Works as a long-term tenant.

For me as the executive director of Baltimore Heritage and a board member of Civic Works, and, yes, with a name strongly associated with Clifton, one great part of this project is the tie between the past and the future. Hopkins – the philanthropist – gave his fortune to start the college and hospital that bear his name based on his belief that the future of Baltimore lay in educating our youth and providing basic services for all.  Civic Works today carries out that same vision by educating and training Baltimore youth and working to improve our neighborhoods. In fact, a number of young Baltimore apprentice carpenters from Civic Works will have the opportunity to work alongside master carpenters as part of the Clifton renovation project. What better place to bring past, present, and future together than Clifton?

The restoration work, which will take place over the next year, is a whole building project. It will include fully rebuilding the signature porches that surround the house, putting the main front stairs leading to the building back to their location in the mid-1800s, and renovating the interior throughout. And, thankfully, there is no talk of turning the building into another house museum. At the end, the Mansion will continue its dual role as office space for Civic Works and public space open for all of Baltimore. Stay tuned for a tour of this grand place as soon as the construction work allows. 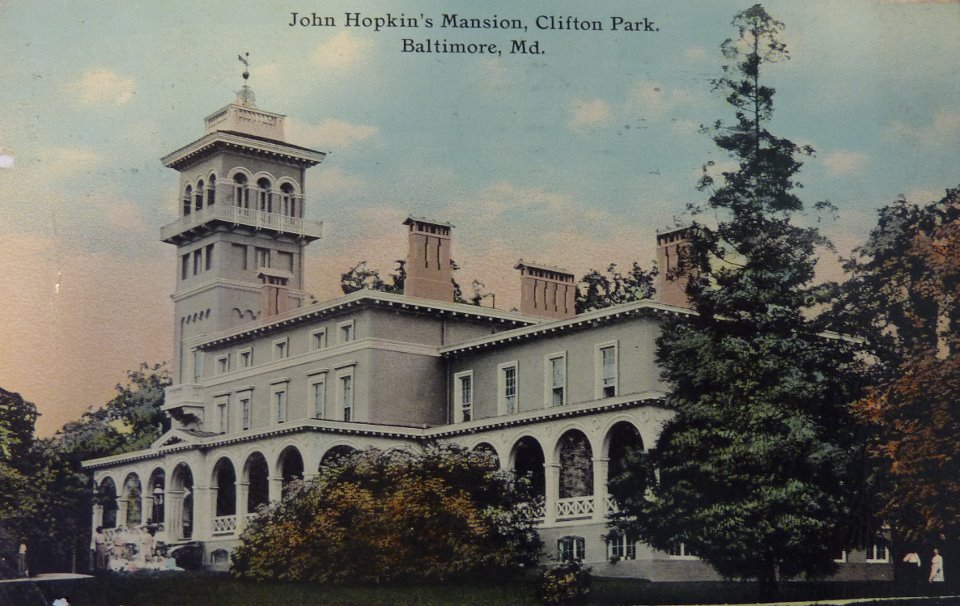 Learn more about the history of Clifton Mansion and the War of 1812 on Explore Baltimore Heritage!