The Woman’s Hour: The Great Fight to Win the Vote with Author Elaine Weiss 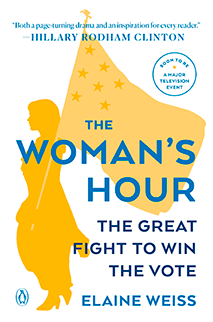 Nashville, August 1920: Thirty-five states have ratified the Nineteenth Amendment, twelve have rejected or refused to vote, and one last state is needed. It all comes down to Tennessee, the moment of truth for the suffragists, after a seven-decade crusade. Join us as author Elaine Weiss discusses her new book “The Woman’s Hour: The Great Fight to Win the Vote” where she tells the story of activists winning their own freedom in one of the last campaigns forged in the shadow of the Civil War, and the beginning of the great twentieth-century battles for civil rights.