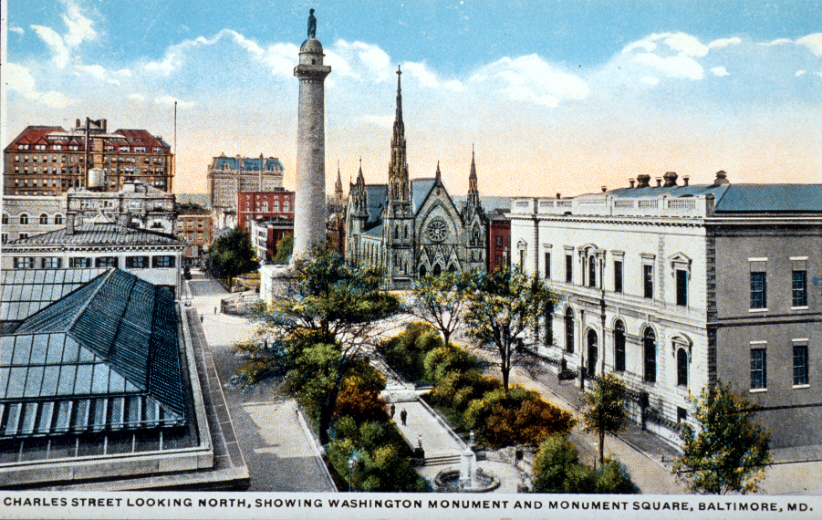 Baltimore is kicking cars off of portions of Charles Street for a day, and we’re taking advantage of it! On Saturday, May 22, only pedestrians and bicycles will be allowed on a good portion of Charles Street between Saratoga and North Avenue as part of the Charles Street Promenade. Join us on a tour to hear the stories behind the Washington Monument and see the landmarks of Baltimore’s grandest historic neighborhood. Mount Vernon began as a country estate for Revolutionary War hero John Eager Howard and grew to be the place to live for Baltimore’s rich and famous in the mid-nineteenth century. The Garrett family, owners of the B&O Railroad, the Walters, founders of the Walters Art Museum, and the Thomases, owners of Mercantile Bank, are among the families that built handsome mansions along the four parks that surround the Washington Monument.

Space is extremely limited due to Covid 19 and because we are traveling in a group, face masks are required.