Historic Laurel: A Walking Tour of a Booming 19th-Century Milltown 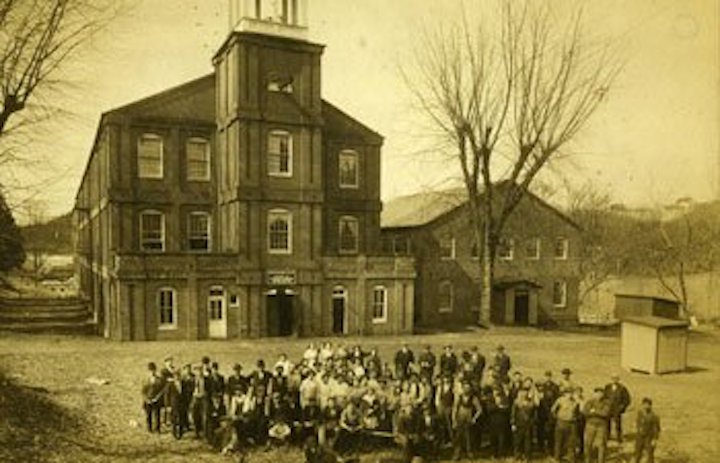 Originally called Laurel Factory, today’s town of Laurel started as a 19th-century milltown with ties to Baltimore along the B&O railroad line. Situated halfway between Baltimore and DC on the Patuxent River, Laurel began as a small grist mill in 1811. In the 1840s, it evolved into a cotton mill employing more than 700 workers. And during the Civil War, Union troops guarded the railroad line in Laurel, the only rail connection between the North and Washington, DC at the time.

Please join us and our tour guide, Ms. Ann Bennett, the Executive Director of the Laurel Historical Society as we walk through Laurel’s main street, see the remains of the mill’s ruins along the Patuxent River, and discuss The Grove, Laurel’s distinctly African American neighborhood that got its start in the mid-19th century amid harsh racism, and later institutionalized segregation, in Prince George’s County.  We will end at the Historical Society’s museum, which is located in one of the original mill workers houses, and take a look at their new exhibit commemorating the 150th anniversary of the town’s incorporation.