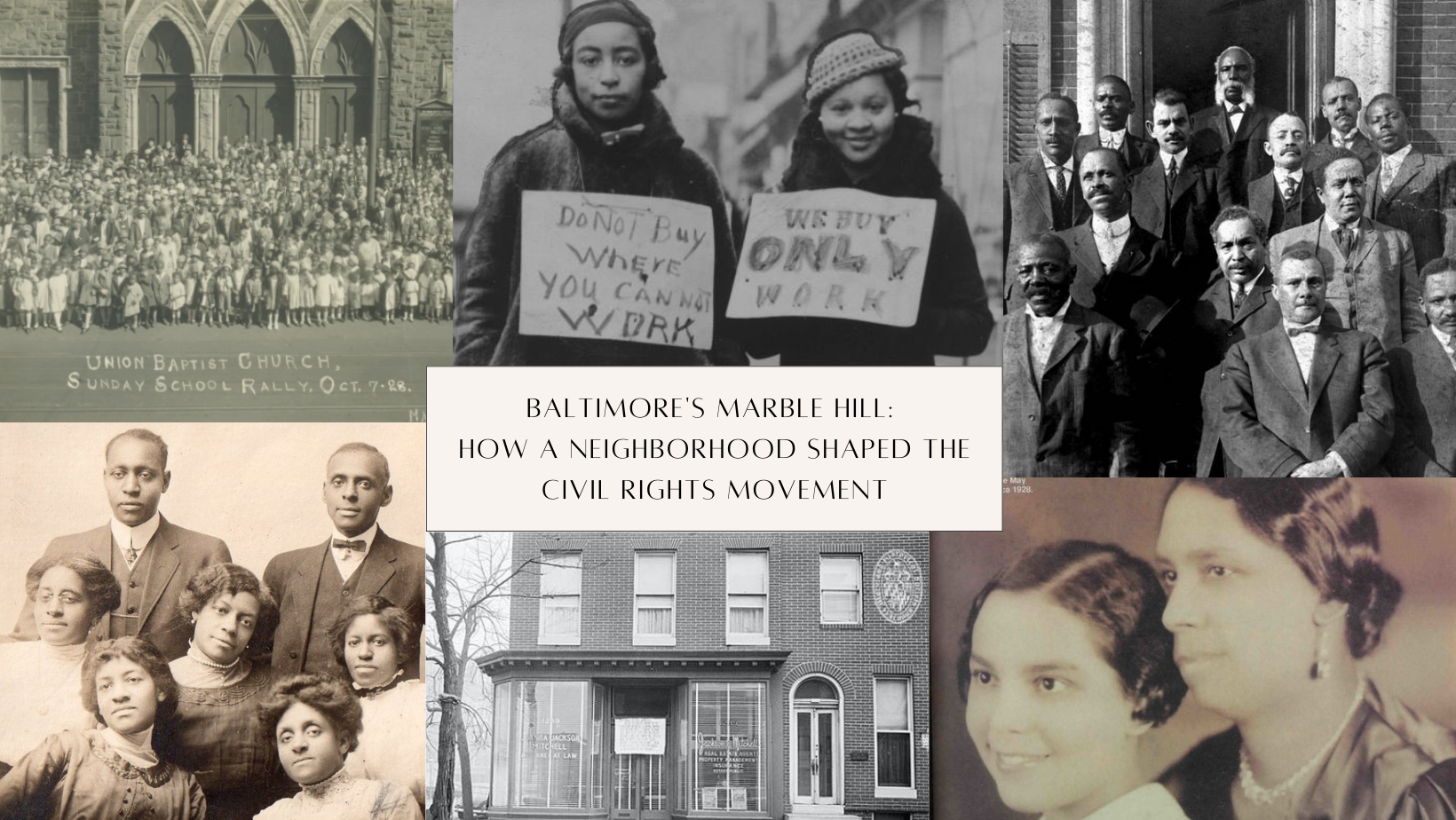 Join us for a guided tour of Baltimore’s Marble Hill neighborhood, which was the home to an astonishing amount of groundbreaking Civil Rights leaders. Reverend Harvey Johnson began one of the first collective action movements here in the 1880s. In the 1930s Lillie Carroll Jackson engaged youth in “The Movement” and pioneered new non-violent protest tactics that were later picked up in cities across the country. Thurgood Marshall grew up here, as did the chief lobbyist for the 1964 Civil Rights Act, Clarence Mitchell. Most recently this was the district for the late Representative Elijah Cummings, one of the most powerful voices for civil rights in Washington. Join Johns Hopkins and Lashelle Bynum to learn how fundamental pillars of the Civil Rights Movement got built here by driven, activist neighbors with their eyes on the prize.

The tour will begin and end at the Lillie Carroll Jackson Civil Rights Museum. We encourage you to tour the museum after the conclusion of our tour. Admission is free.