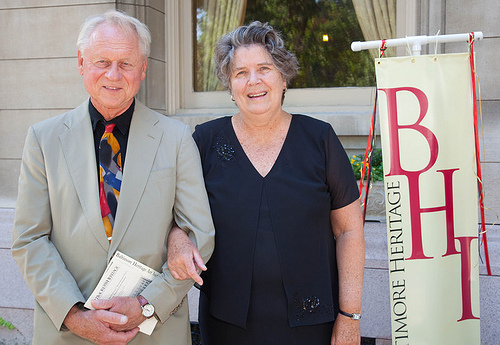 Among other significant accomplishments, she began Baltimore’s first tour series to explore historic neighborhoods around the city, a popular program Baltimore Heritage continues to this day, and she led an effort to write and publish histories of Baltimore’s neighborhoods. Ms. Lewand is a former commissioner of the Baltimore Commission for Historical and Architectural Preservation (CHAP) and was a founder of the state-wide smart growth organization 1000 Friends of Maryland. As the director of AIA Baltimore, Ms. Lewand has led the growth of that organization, including bringing a spotlight to the city’s architecture through an annual architecture week program that has now turned into a month-long series of lectures and events. The next time you see Ms. Lewand, please congratulate her on a much-deserved award.

The 2010 Preservation Maryland award winners also include John L. Graham, III, AIA of Salisbury who received the President’s Award for his architectural work and volunteer historic preservation efforts on Maryland’s Eastern Shore. Eddie and Sylvia Brown of Brown Capital Management and the Brownstone Project received the Stewardship Award for projects including Baltimore’s iconic Bromo Seltzer Tower. Finally, Preservation Maryland’s inaugural Phoenix Award went to Humanim, Inc. for their radical transformation of the long abandoned American Brewery into an asset for East Baltimore as Humanim’s workforce development center. Congratulations to all of this year’s award winners and to Preservation Maryland for another successful year supporting historic preservation in Maryland!