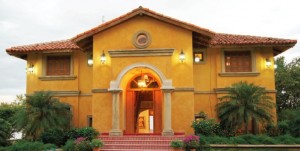 Support Baltimore Heritage by buying a chance to win a week’s stay at a privately owned Spanish Colonial villa along Nicaragua’s Pacific coast, courtesy of Baltimore’s own Agora, Inc.  And they make great stocking stuffers! You can experience the privacy of a remote tropical paradise and the luxury of modern accommodations with a private cook, house-keeper, and transportation to and from the airport.  Horseback riding, spa, tennis, restaurant, bar, pool and more are available at the adjacent resort of Rancho Santana.

Highlighting the event, three of Baltimore Heritage’s original 11 founders from 1960 were present to help celebrate. Richard E. Gatchell, Charles A. Porter Hopkins, and William Boulton “Bo” Kelly, Jr. helped launch Baltimore Heritage a half-century ago to provide a voice for preserving the city’s historic buildings and neighborhoods. At the June gala, they offered remarks on the historic preservation movement in Baltimore, its accomplishments and the challenges that lie ahead.

As the three founders noted, the creation of Baltimore Heritage was a joint effort by many civic institutions and led by a group called the Junior Chamber of Commerce. In the early years, high priority projects included saving the Garrett-Jacobs Mansion and other buildings on Mount Vernon Place from proposed demolition and blocking a federal highway proposed to run through Fell’s Point and Federal Hill.

The celebration continues this fall with a special 50th Anniversary bus tour. On October 3, you can join us in retracing the route of the central Baltimore bus tour that led to the founding of Baltimore Heritage. For more information on upcoming programs and events call 410-332-9992 or e-mail Johns Hopkins at hopkins@baltimoreheritage.org.