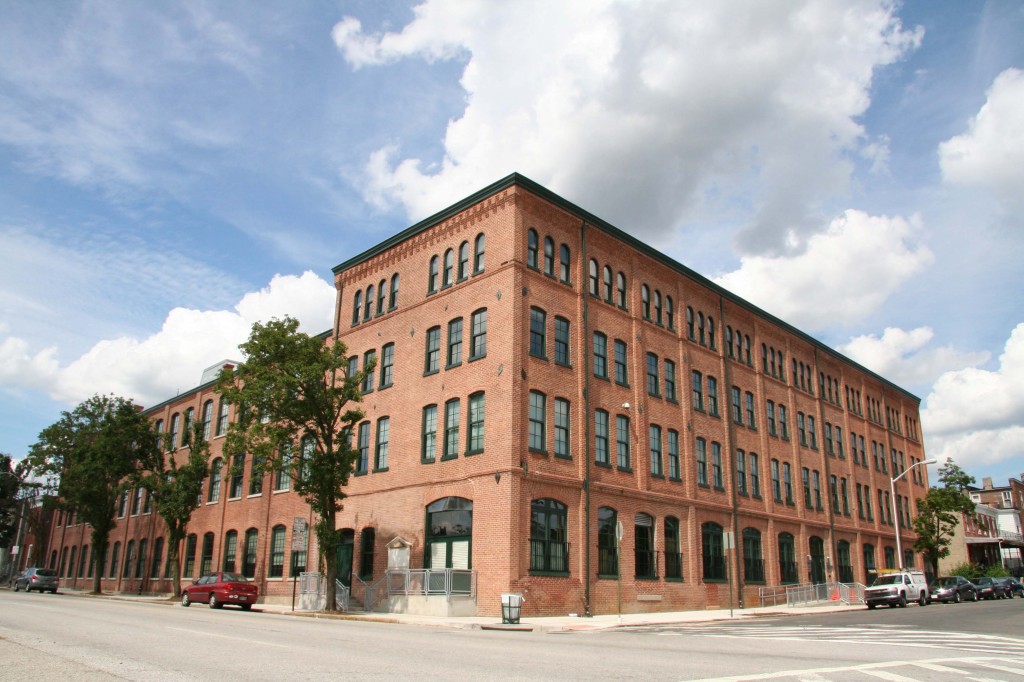 Built at the turn of the 20th century, Miller’s Court began as the H.F. Miller and Son Tin Box and Can Manufacturing Plant. Today it is an excellent example of adaptive re-use as commercial and residential space. Much of the buildings original architectural elements remains, including massive wooden trusses, brick pilasters, and the original cupola. It was added to the National Register of Historic Places in 2003. Our host will be Jon Constable of Seawall Development Company, the building’s owner and developer.

Parking will be available in the Miller’s Court lot at the corner of 26th Street and Maryland Avenue. Street parking is also available. Please enter the building on the Howard Street side.

Erected in stages between 1890 and 1910, the former H.F. Miller & Son Company building consists of a 77,000 square foot brick manufacturing plant that occupies half of the city block bounded by 26th Street on the south, 27th Street on the north, North Howard Street on the west and Mace Street on the east. The complex incorporates the original, four story, “L” shaped brick building (1890-1895), a large three story brick addition (1910) and a two story brick stable that was remodeled as an open storage shed in 1928.

The H.F. Miller & Son Company building represented a significant era in the city’s industrial history. In the late 19th century the company was one of the largest manufactures of tin boxes in the United States. Between 1890 and 1895 the company erected a state of the art industrial facility which incorporated new types of mechanization that greatly improved the efficiency of the can making industry. The company distributed its wares widely to Canadian, Mexican, European, African and South American markets, as well as in the U.S.

In 1953 the company ceased operations on the North Howard Street site. Between 1954 and 1985 the Miller Factory building was divided into several spaces. A series of businesses including the Commander Garment Company, Rombro Brothers, Ember Reuben and the Majestic Furniture Company occupied the building. During the 1990 census, the building served as the local headquarters of the U.S. Census Bureau. Since the completion of the census, the building stood vacant until Seawall Development Company began renovations. Combining green construction and a focus on creating apartments for teachers, Miller’s Court combines great historic preservation work with an interesting new approach to finding a new life for older buildings. I hope you can join us for our tour of this great historic industrial building.