William Donald Schaefer shaped the Baltimore we have today perhaps as much as anyone. Baltimore Heritage did not always see eye-to-eye with the former mayor and governor, and indeed we fought vehemently against projects he supported, including highways proposed for Baltimore’s waterfront and the east-west connector in West Baltimore that threatened and demolished historic buildings and neighborhoods. On other issues, Governor Schaefer was a friend and leader for preservation, including the Dollar House Program and preserving the West Side of downtown. Former Baltimore Heritage President Fred Shoken joins us in remembering William Donald Schaefer with a guest post– 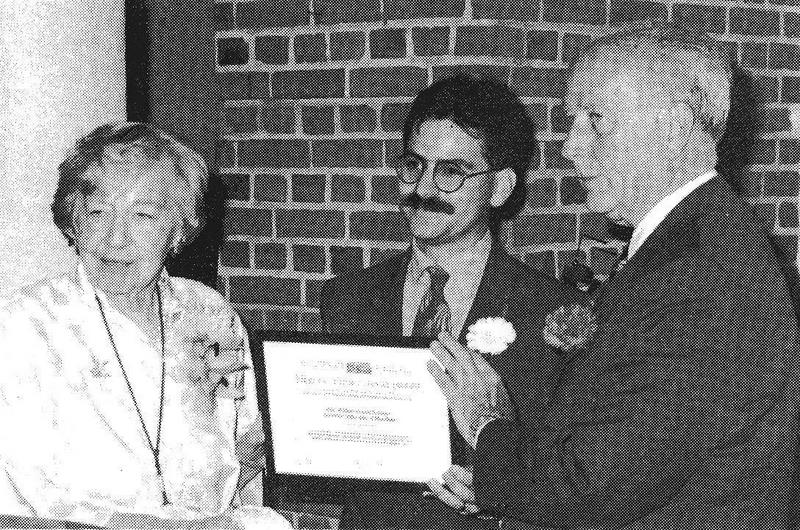 The highlight of my career as President of Baltimore Heritage was presenting William Donald Schaefer with the 1993 Douglas H. Gordon Award for Preservation Advocacy.

When the Board of Directors first considered Governor Schaefer for this honor, we envisioned giving the award to someone who after many years of public service ultimately became convinced that preservation was important. We would honor an individual who championed our cause and carried it forward. After reviewing his career in more detail, we realized the opposite was true. William Donald Schaefer was the leader in creating the foundations upon which Baltimore’s preservation movement was built.

While preservationists were busy fighting individual concerns, trying to save one building or the next, William Donald Schaefer saw the big picture. He realized that nothing could be preserved and no community could be revitalized without convincing people to take pride in their neighborhoods. He made it his mission to restore neighborhood pride in Baltimore City, and he was effective.

He knew that people who are not proud of their history, of their community, of their city, will do nothing to preserve their heritage. Without pride of place, there is no preservation. People who are not proud of themselves or of their neighborhoods are destructive. They tear down rather than build up. People who are proud of their history and heritage will preserve the symbols of the past and work to improve the future. William Donald Schaefer worked harder than anyone to restore pride in our neighborhoods. This, more than anything else, allowed preservation to flourish in Baltimore.