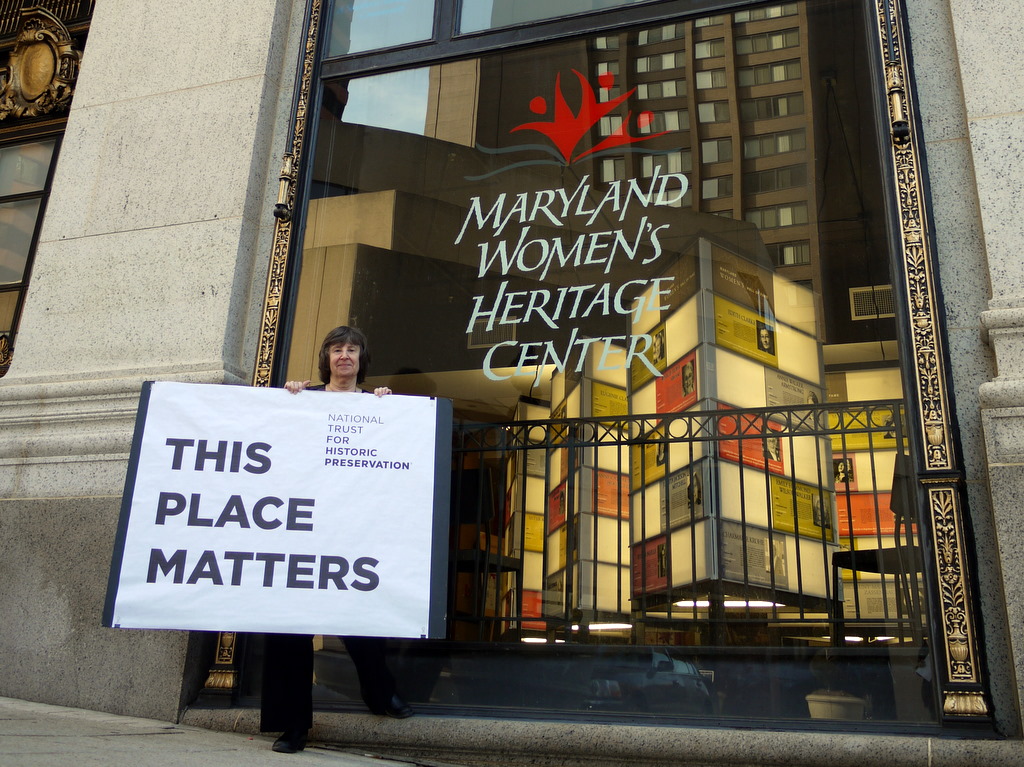 The Maryland Women’s Heritage Center at 39 West Lexington Street is located on the first floor of the historic Baltimore Gas and Electric Company Building in a store-front gallery and exhibit space donated to the Center by David Hillman, CEO of Southern Management Corporation. Originally completed in 1916, the former Baltimore Gas & Electric Company headquarters building was carefully preserved and restored as a mixed-use development including apartments and offices. Its 22 stories rise in majestic neoclassical style, capped by large, arched windows on the top two floors. At the fourth floor, the façade is graced by allegorical figures or goddesses representing Knowledge, Light, Heat, and Power.
The corner of Lexington and Liberty Streets is particularly important in the history of the Maryland suffrage movement as the location of a huge open air rally organized by Edith Houghton Hooker (1879-1949). A Buffalo native, Hooker arrived in Baltimore as one of the first women accepted into the Johns Hopkins University School of Medicine. In 1909, she established the Just Government League of Maryland, a local affiliate of the National American Woman Suffrage Association, and edited and published Maryland Suffrage News from 1912 through the ratification of the 19th Amendment in 1920. 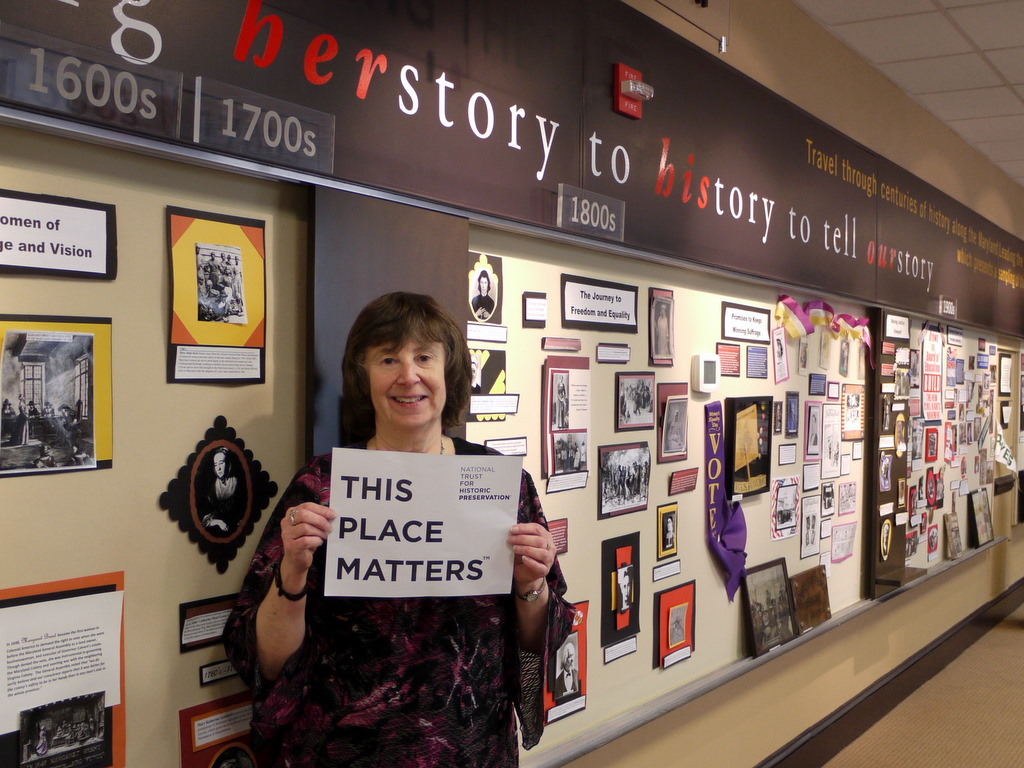 From its beginning as the Maryland Women’s History Project in 1980, the Maryland Women’s Heritage Center has worked to preserve the past, understand the present, and shape the future by recognizing and sharing the experiences and contributions of Maryland women and girls of diverse backgrounds and regions. Their exhibits honor Maryland’s historical and contemporary renowned women and girls in the Maryland Women’s Hall of Fame, as well as highlighting those “Unsung Heroines” who have shaped their own families and communities. The Center serves as a resource with historical information on Maryland women and a gathering place to hold workshops, forums, and other special events.

Our Why the West Side Matters series is produced with the assistance of Baltimore Heritage volunteer Sally Otto. Read our last post  in the series on 200 Years of Iron Work at G. Krug & Son.