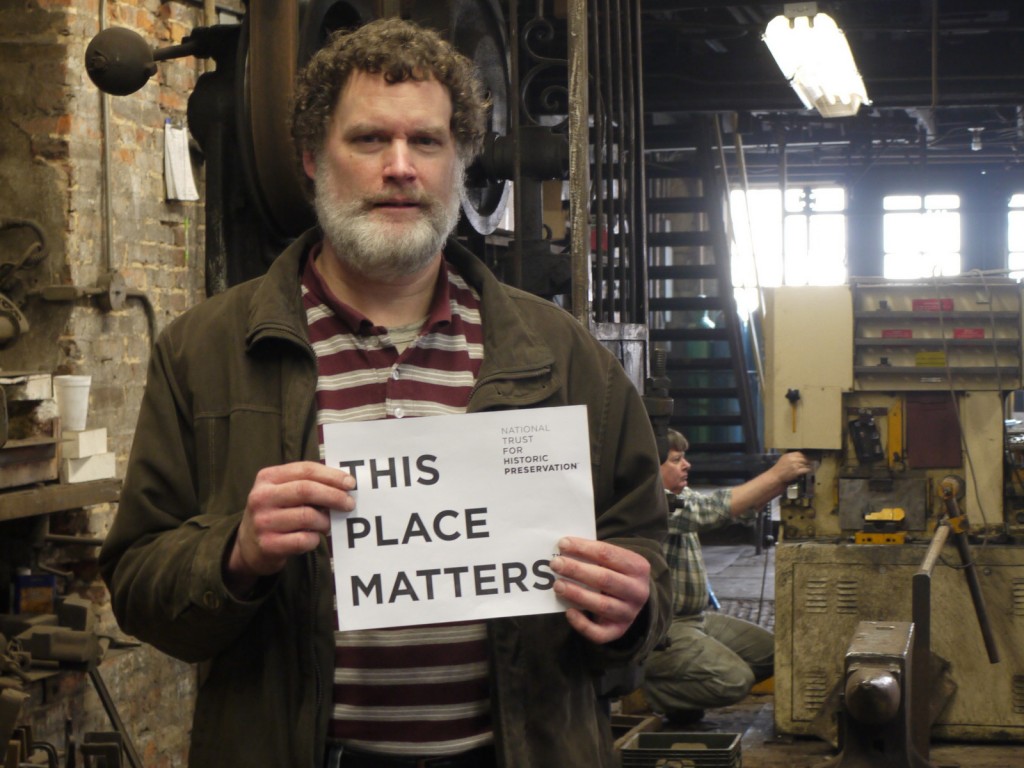 G. Krug and Son, now including daughters as well as sons, opened on Saratoga Street in 1810. One of Baltimore’s oldest businesses and the nation’s oldest continuously operating blacksmith’s shop, G. Krug has been an anchor on the West Side of Downtown for over over 200 years employing hundreds of skilled workers, serving as a retail destination for artistic wrought iron work, and reflecting the unique character of historic businesses on the West Side. G. Krug and Sons is one of the many reasons why the West Side matters to the people of Baltimore. 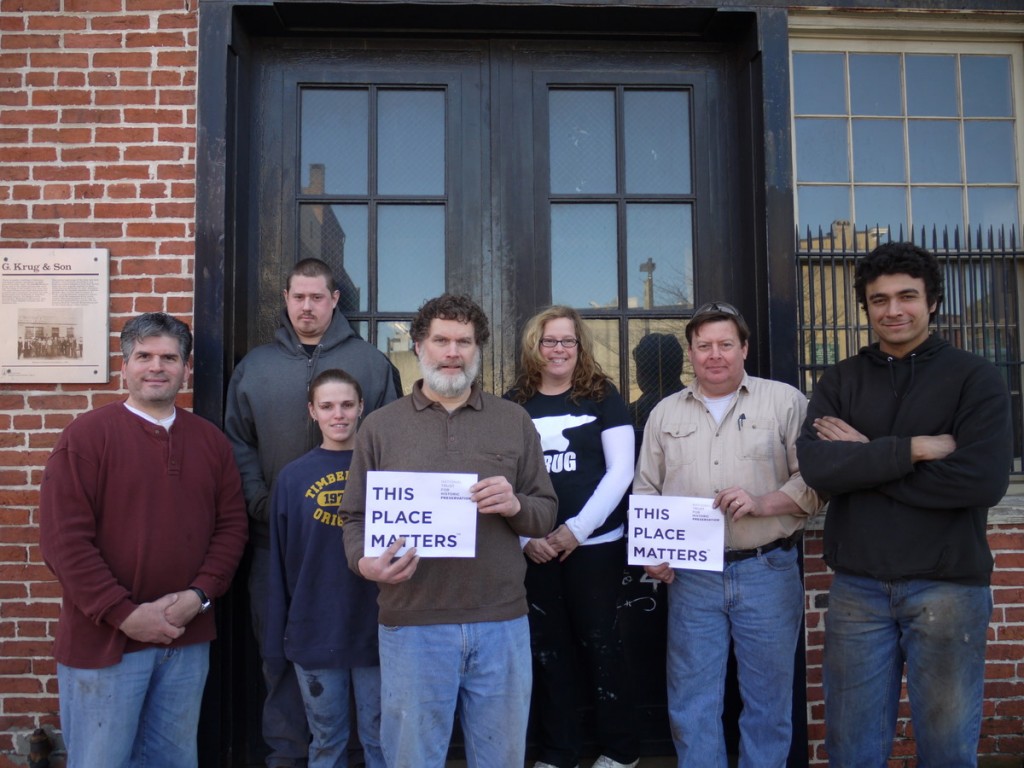 Originally operated as the blacksmith shop of Augustus Scwanka, Gustav Krug joined the business in 1848, working his way up to journeyman, foreman, partner and then purchased the shop in 1871. At one point, the shop supported 100 artisans and could proudly boast that virtually every building in Baltimore contained something made in the shop, even if that something was only a nail. The business has remained in the skilled hands of his descendants ever since maintaining a dedication to fine craftsmanship G. Krug & Son is one of the few companies left in Baltimore that can claim their ancestors helped in building Baltimore.
The company remains dedicated to providing their customers with ironwork that is beautiful, durable and represents a value that will stand the test of time. You can view a great gallery of a few of their past projects on their website or take a look at photos from a Behind the Scenes Tour of the shop back in 2009. Today the company is run by 5th generation Krugs, Peter and Stephen, who operate the business with the same dedication to craftsmanship and customer satisfaction as their forefathers. Today, Stephen’s daughter Alexandra, and Peter’s son David work in the company and are already skilled in their family’s trade.

Our Why the West Side Matters series is produced with the assistance of Baltimore Heritage volunteer Sally Otto. Read our first post  in the series on Read’s Drug Store and Baltimore’s Civil Rights Heritage.