Thanks to Dr. John Bedell for sharing his experience digging this past Saturday and explaining the stratigraphy that shows the remains of the 1814 earthworks below Observatory Hill at Patterson Park. 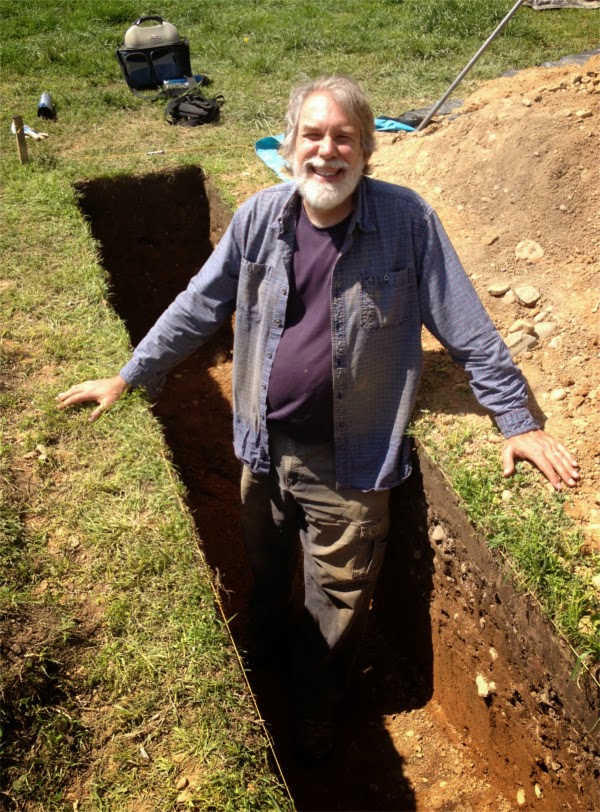 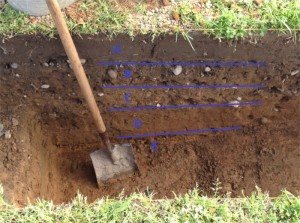 our third attempt to dig a trench across the 1814 fortification ditch we finally got the profile we were looking for. In our first two trenches we could see what might have been the 1814 ditch, if we squinted right and waved our hands for effect. Honestly, if we hadn’t known what we were looking for we would not have described the soils in either place as a back-filled ditch. But this third profile is exactly what we were hoping to see.

It’s hard to make out but if you enlarge the pictures above and look closely you can see five distinct layers in the soil: 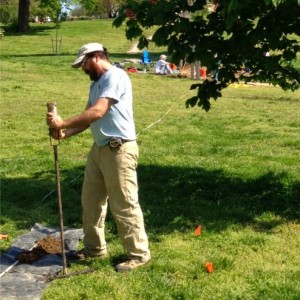 Since we feel like we have a good grasp on the soils we are looking for, we have started trying to trace the trench across the landscape using smaller holes. Using a bucket auger you can extract a narrow column of soil, which you can lay out next to a measuring tape to get an approximate idea of the stratigraphy below the surface.

We tried our first group of auger tests 75 feet from our last trench, and we think we identified the fortification ditch there, along the same line. But 150 feet down the line we did not find it, so we suspect that it has curved. Fortunately, we still have a few more days to sort this out.