Our archaeological consultant for this project is the Louis Berger Group, Inc. Louis Berger is an award-winning environmental planning and engineering firm founded in 1953 and one of the largest providers of cultural resource management services in the nation. 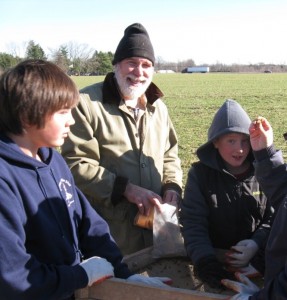 The principal investigator of Louis Berger’s effort is Dr. John Bedell. A resident of Catonsville, Maryland, Dr. Bedell has more than 20 years of experience directing archaeological projects in the Middle Atlantic region.  Dr. Bedell is an archaeologist and historian who has led studies on a wide range of resources, from ancient Native American camps to Cold War military bases. He has particular expertise with historic military sites and has conducted several projects within U.S. National Battlefield Parks. Dr. Bedell is the author of five NPS brochures, three of them on battlefields, several popular reports that the National Park Service has published online or for sale, and a forthcoming article on the Battle of Fort Stevens in Washington, DC. Dr. Bedell teaches college courses from time to time, include a current class at Hood College in Frederick, and he is also the author of a self-published mystery novel and the proprietor of a personal web site that has logged more than a million page views.

The director of day-to-day fieldwork at Patterson Park will be archaeologist and Charles Village resident Gregory Katz. Mr. Katz joined Berger’s team in 2009. He has more than 15 years of experience in the archaeology of the region. He has directed major archaeological studies at the U.S. Naval Academy in Annapolis, at Catoctin Mountain Park near Frederick, at Washington Navy Yard, in D.C., and at several Navy properties in southern Maryland. He also has considerable expertise in GIS mapping. He has developed maps for several National Parks that overlay different sorts of data, such as historic maps, archeological findings, and LIDAR-derived topography, to aid in finding sites and interpreting past landscapes. Mr. Katz is on the Executive Board of the Council for Maryland Archaeology, and volunteers with youth soccer programs in Charles Village. 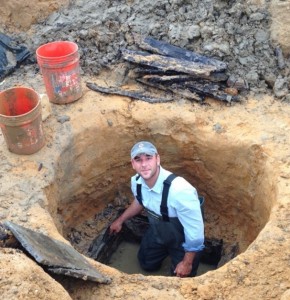 Also part of the project team is archaeologist Jason Shellenhamer, a Lauraville neighborhood resident. Mr. Shellenhamer has 15 years of archeological experience in the region and has been with Berger for seven years. He is an expert historical researcher. Some of his projects have included: directing fieldwork for a multi-year study at the Antietam Battlefield; overseeing excavations at Fort Willard, a Civil War fort in Fairfax, Virginia; directing archaeological studies for the new National Museum of African-American History on the Mall in Washington and the Lee-Fendall House and Garden in Alexandria; multiple studies in the C&O Canal Park, and geophysical exploration of a secret World War II prison camp at Fort Hunt. 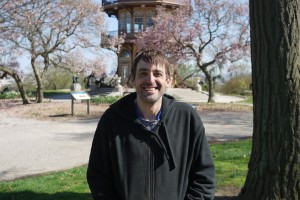 Ryun Papson is a fourteen year resident of Upper Fells Point and has worked professionally as an archaeologist since 1996. He was hired by Louis Berger in March 2014. He has worked as a crew chief, field technician, surveyor and cartographer on projects spanning from the eastern Mediterranean to western Mexico and throughout the Mid-Atlantic United States. His professional interests include archaeological site survey, cartographic methods and design as applied to archaeological contexts, geographic examination of the variable patterns of racial segregation in urban contexts and the material culture of minority and/or immigrant urban communities in the eastern United States. 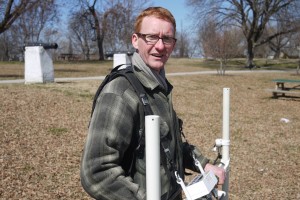 Dr. Timothy Horsley will be participating in the research and will be conducting geophysical (remote sensing) surveys.  With M.A. and Ph.D. degrees in archeological prospection from the University of Bradford (United Kingdom), Dr. Horsley established Horsley Archaeological Prospection, LLC, in 2008 and has rapidly become one of the most sought after consultants in eastern North America.  His consultancy focuses on archeological studies, and he has worked on
projects on several continents. The geophysical survey techniques he employs provide a non-invasive method to identify buried features, which can range from fire-cracked rock concentrations, to human burials, to palisade lines for Native American villages. 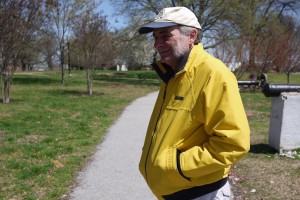 Scott S. Sheads, consulting and contributing project historian is a National Park Ranger/Historian at Fort McHenry National Monument & Historic Shrine who is supporting this effort with 32 years of research experience on the Battle for Baltimore and the Chesapeake campaigns. Scott is well-known in the field of 1812 research for his several published works and lectures. His most recent work due to be released this week is from Osprey Books of London entitled The Chesapeake Campaigns, 1813-1815: Middle Ground of the War of 1812.

Our project team is joined by a diverse group of volunteers with the Friends of Patterson Park, the Archeological Society of Maryland, local schools and community residents.

Learn more about how you can join our volunteer team.