Last October, we hosted a bus tour of central Baltimore to commemorate Baltimore Heritage’s 50th anniversary. In response to your kind comments and continued interest in this trip, we are repeating the bus tour and hope you can join us if you didn’t make it the first time around. So… 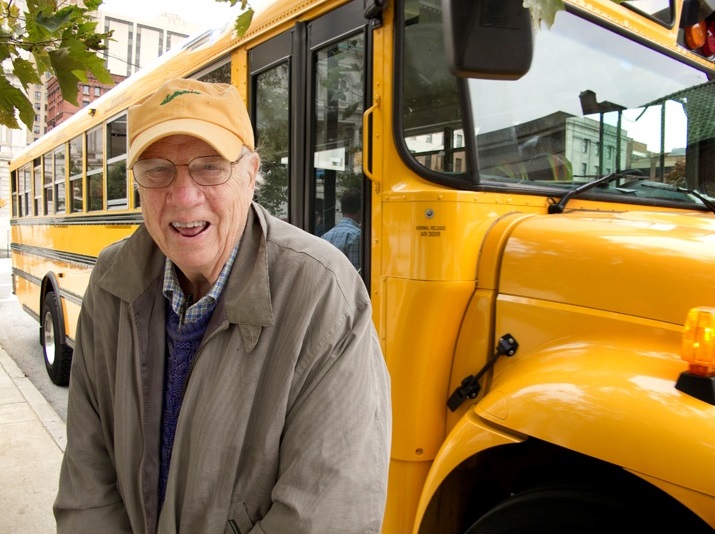 Step back into 1960 Baltimore: Charles Center was just underway (with Mies van der Rohe’s One Charles Center two years from completion); Baltimore’s population had dropped by 10,000 people, down to 940,000; city planners had begun crafting highway plans to run through Fell’s Point, Mount Vernon, and West Baltimore; and Baltimore Heritage was founded to preserve historic places in Baltimore City. We are recreating a bus tour of historic sites in central Baltimore that launched our organization and the historic preservation movement in Baltimore City. Please join us on this two-hour bus trip with our tour guides, local historians Wayne Schaumburg and Marsha Wise, as we connect the dots of historic preservation and city development between the Baltimore of 1960 and the Baltimore of today.

Meet at the Peale Museum (225 North Holliday Street, Baltimore 21202). Free street parking is available. The tour is by bus (school bus, to be exact) and will last two hours. We will get off the bus a few times to examine historic places up close and stretch our legs.

Fifty years ago in the face of urban renewal and other clearance programs Baltimore Heritage was organized to preserve and enhance the city’s historic places. The Junior Chamber of Commerce launched the effort with a bus tour of historic gems in central Baltimore. Two local historians and Baltimore Heritage board members, Wayne Schaumburg and Marsha Wise, will lead this bus tour to retrace the original 1960 excursion that created Baltimore Heritage and the city’s first historic preservation organization. The tour will include a discussion of renewal and preservation efforts yesterday and today and information on the forty or more historic places we’ll pass along the route. We’ll learn about a host of significant historic places in the city, including religious buildings (from the 1781 Old Town Friends Meeting House onward), homes of the high and not-so high society (from the Carroll Mansion to the Lemmon Street Irish workers houses), and historic education buildings (from the McKim Free School to Davidge Hall), among others. We hope you can join us on this repeat anniversary tour!