Today’s Solution to an Age-Old Problem: Inside the 1940 Patapsco Wastewater Treatment Plant 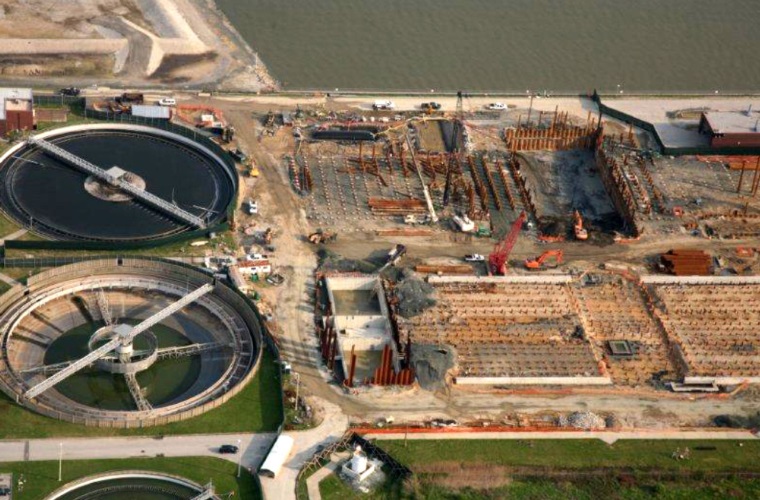 In the wake of the Great 1904 Fire, Baltimore had two pressing tasks: rebuild downtown and get on board with other European and American cities in developing a functioning sewage system. Both were critical if the city was to continue to grow, and luckily for all of us coming after this defining moment, Baltimoreans of the day successfully accomplished both.

The Patapsco Wastewater Treatment Plant was completed in 1940 and supplemented the earlier Eastern Avenue facility at the Inner Harbor that was finished in 1912. The Patapsco plant, sited at the very tip of the Brooklyn and Curtis Bay peninsula, beat out competing ideas on how to treat Baltimore’s waste, including pumping it into the middle of the Chesapeake Bay (Maryland’s oystermen were adamantly opposed) and shipping it to a facility in Anne Arundel County (too expensive). When the facility was completed, it could handle 5 million gallons of sewage a day, an amount that the city quickly exceeded. After years of planning, the plant was dramatically expanded in 1985 to handle 63 million gallons daily, and today serves nearly half a million people in Baltimore City as well as Baltimore, Howard, Anne Arundel Counties.

Please  join us as we take a tour of this fascinating facility that has its roots in the 1904 Fire and today uses state-of-the-art technology to handle a problem as old as the city itself.