Steel, Glass, Plants and History: Behind the Scenes at the Howard P. Rawlings Conservatory 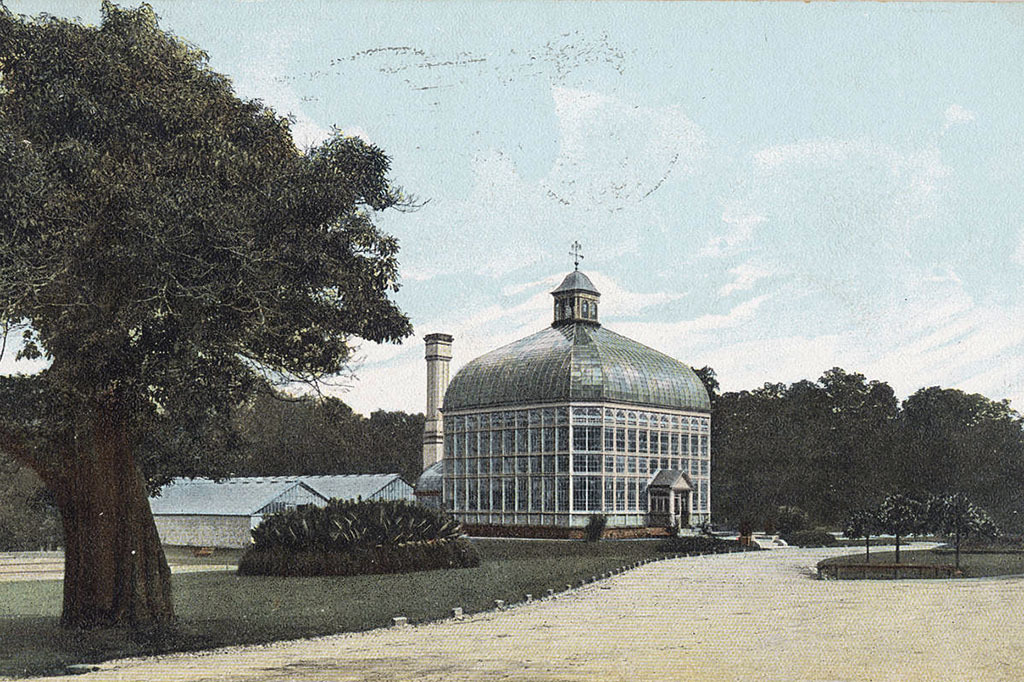 Established in 1888 as the Druid Hill Conservatory and modeled after London’s famous Kew Gardens, today’s Howard P. Rawlings Conservatory & Botanic Gardens has grown from its original Palm House and Orchid Room to include three greenhouses, two display pavilions, and outdoor gardens. Join us as we stroll through the second oldest steel framed-and-glass building in the country to learn about its history and its botanical collection.

The idea for a conservatory in Baltimore began In 1874 when the city’s park commissioners directed the park architect, George A. Frederick, to design and make plans for new botanic building. Frederick formed a conservatory committee and sent one of its members to Kew Gardens in London, which became the model for the new design. It took over a decade to take hold, but eventually in 1888 the first structure of iron, glass and wood opened as the Palm House.

More recently, the Conservatory closed for two years in the early 2000s for major renovations. Upon reopening to the public in 2004, the new complex included a refurbished Palm House as well as a Mediterranean House, a Tropical House and a Desert House. With a new name to honor Delegate Howard Peters Rawlings, the 116 year old Conservatory now has wonderful space for its collections that match its storied history.