“Life Goes On:” The Legacy of Henrietta Lacks and Turner Station 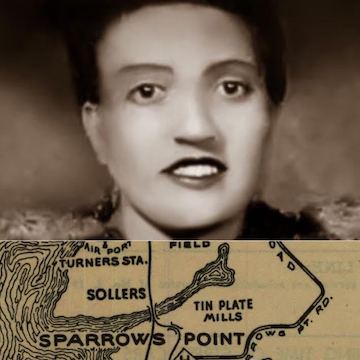 Don’t know who Henrietta Lacks was? Most of the world didn’t until about ten years ago. Mrs. Lacks is best recognized for her immortal cells, which scientists and doctors still use today to study the effects of toxins, drugs, hormones and viruses on people without experimenting on humans. Her cells helped create the HPV and polio vaccines. Yet it took some twenty-five years before the Lacks family received any knowledge of the important contribution of their beloved wife and mother. Please join us and the Henrietta Lacks Legacy Group for a walking tour of Turner Station in Dundalk, the last home of Henrietta Lacks, to hear about Henrietta, her family, and her life in Turner Station.

In 1951, Mrs. Lacks went to Johns Hopkins Hospital for treatment of cervical cancer. Without informing Mrs. Lacks, Hopkins doctors noticed that the removed cancer cells continued to grow in the lab. This marked the first instance of continuous growth of human cells outside the body. Henrietta died on October 4, 1951 from her cancer. She was 31 years old.

Doctors named her cells HeLa (from the first letters of her first and last names) and, without Lacks family approval, began sending them to laboratories around the world for research. Mrs. Lacks’ story weaves together important ethical and racial issues of the medical industrial complex, segregation, and the polarized economy of Baltimore. We are honored to be partnering with the Henrietta Lacks Legacy Group for this tour. Join guide Servant Speed as we walk through Henrietta’s Turner Station community and learn about her incredible story.

Due to Covid precautions, we are limiting space more than usual. All participants will be required to wear face masks and socially distance during the tour.