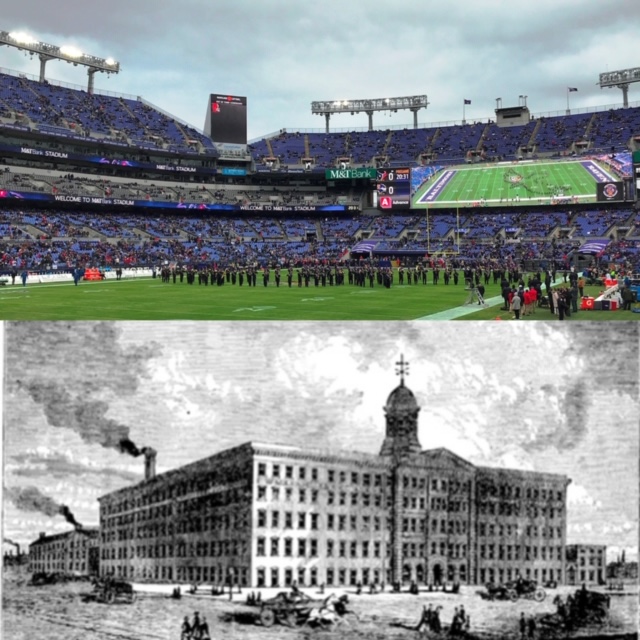 The Baltimore Ravens were one of the hottest teams in the NFL this season, so what better time to join us at M&T Bank Stadium for a behind-the-scenes tour of their home? We’ll take in the whole building from the suite-level to the locker-rooms. And, because we are Baltimore Heritage and have more than a little history bent, we’ll learn about the history of the site, including German immigrant William Knabe’s enormous piano factory that was once there.

Knabe Piano started in Baltimore in 1837 and located where the stadium now sits in 1869. The company sold pianos to luminaries like Francis Scott Key. When Carnegie Hall opened in New York on May 5, 1891, Knabe family sponsored Russian composer Peter Tchaikovsky (think Swan Lake among other pieces) to conduct the opening concert. Who would have predicted that 129 years later, the Baltimore Ravens would have an opera-singing kicker (Justin Tucker) performing at the same spot where Knabe made grand pianos for the country’s opera houses? Join us for this touchdown tour to talk about both football players and piano players.

There will be free parking in a surface lot at the stadium next to the tour starting point.