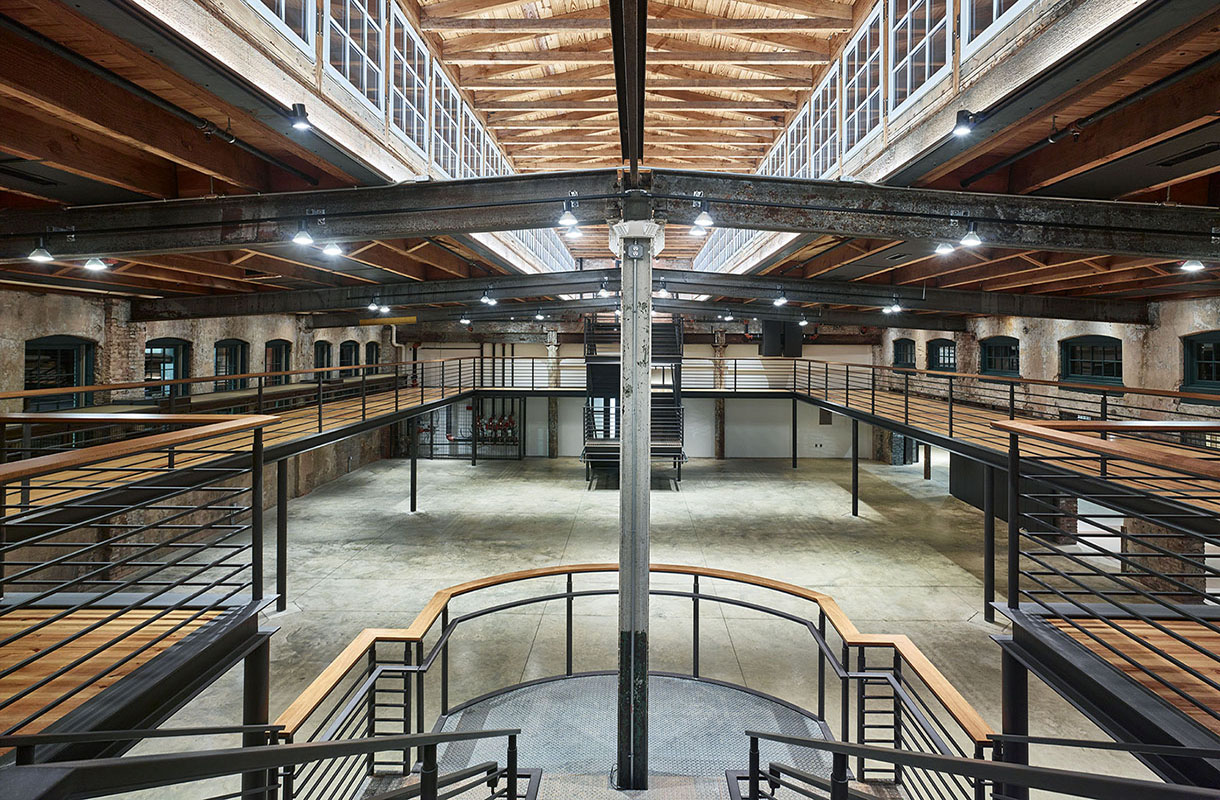 Founded in 1919 by Edwin Augusts Parker, the Parker Metal Decorating Company specialized in metal lithography: printing designs directly onto metal sheets. Edwin came to Baltimore from New York to join the growing number of lithographers located near the harbor. Among other things, he invented a process that allowed lithographers to use more precise dimpled metal sheets (rather than the standard stone) to hold ink during the printing process. With more than a little success, Parker’s stamped metal sheets went on to be made into tin food cans that were streaming out of Baltimore’s canneries at the time, as well as other products like wastebaskets and advertising signs. The company also had plants in New York, Cleveland, Chicago and Toronto that similarly turned out stamped metal products for things like candy tins and matching kitchen storage containers.

Parker moved into the building on West Ostend Street in 1921, and produced the cans for Twinings Tea and Old Bay Seasonings from here. The firm continued until a larger metal stamping company, U.S. Can, entered the specialty lithography market and undercut its prices. The Baltimore plant and the company closed in 1994. Today, Himmelrich Associates has turned the former metal lithography plant into funky offices and event spaces that retain the building’s manufacturing history. Please join us and Mr. Sam Himmelrich, the building’s owner and redeveloper, to see and learn a little about Baltimore’s industrial past through this great adaptive reuse project.

Our Baltimore Behind the Scenes Tours program has been funded by Mayor Bernard “Jack” Young and the Baltimore Office of Promotion and the Arts.