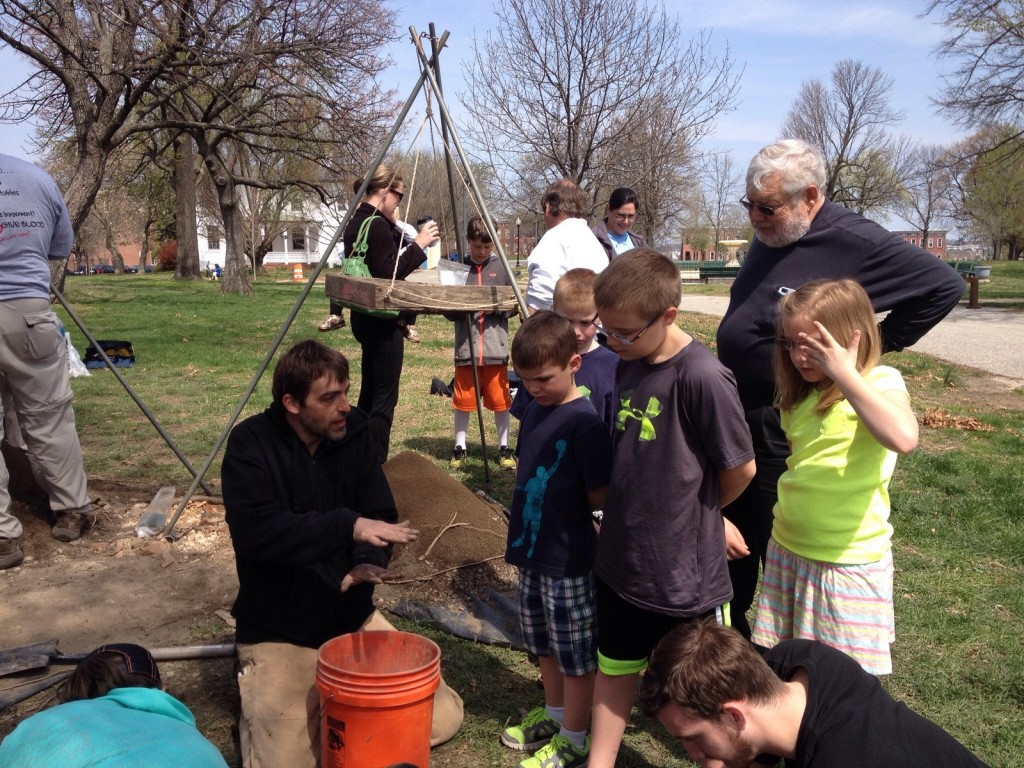 Our project team spent their first week following up on the remote-sensing study conducted by Dr. Tim Horsley last month. Tim’s study gave us two big leads: evidence of the old fortification ditch and evidence of a building and cellar we believe may be Jacob Loudenslager’s tavern and the field headquarters during the Battle of Baltimore.

To learn more about these features, the team opened three trenches, including one at the tavern site and two to test the old fortification ditch. Fieldwork Director Greg Katz shared his reflections on the first week in the field:

The testing of the tavern area has gone very well. We found the remains of what we think is a brick foundation on the very first day of the investigation. So far, the search for the trench has been less successful. While we located signs of the original fortification in the southern trench, we also found a drain that looks like a later feature (likely installed between 1827 and the 1853 when the area was turned into a public park).

According to the remote sensing survey, the northern ditch was supposed to be buried just over 3 feet below ground but we have not yet found anything that’s clearly the fortification yet so we have to go a little bit deeper still. I’m excited that so much of the 19th century landscape seems to still be intact but we still have a lot of work to do and it’s been taking a long time to get the information that we have so far so we have to try to be very careful from here going out strategic in terms of what amount what testing were going to be able to accomplish.