The loss of Freedom House on Druid Hill Avenue is a wake-up call for our city to preserve Baltimore’s Civil Rights history before more nationally significant landmarks are lost. Persistent vacancy and demolition by neglect are destroying a collection of historic buildings with tremendous significance to the history of the Civil Rights movement in Baltimore and around the country.

We urge property owners in Upton, Marble Hill and Old West Baltimore neighborhoods to work with neighborhood leaders and interested partners to preserve these buildings. We ask local leaders to support a comprehensive effort to stop the loss of Baltimore’s Civil Rights landmarks and make sure they are protected in the future.

Baltimore Heritage is working to research and document the history of our city’s Civil Rights landmarks. Our published material currently includes:

Properties that are in poor condition and are threatened neglect or active demolition. 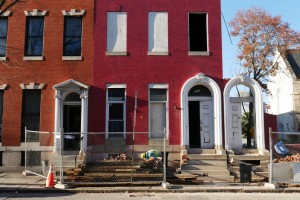 As late as 1930, the 1232 Druid Hill Avenue served as a residence, then home to Mrs. Ida Barber (née King). That same year, the property is listed as a residence by Rev. J.E. Lee. By 1934, the property was listed in local directories as the office of W. Owens Stewart in his role as Superintendent of Mt. Zion Cemetery for the Baltimore A. M. E. Conference. By the late 1980s, the building had been turned into the Bethel Bible Institute and also provided space for a Women’s Resource and Development Center and the Bethel Christian School. 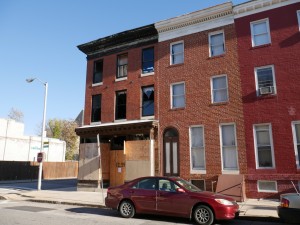 This property is the former location of law offices for Juanita Jackson Mitchell, Clarence Mitchell and other members of the Mitchell family. It also served as the campaign headquarters for former Maryland state Senator Kiefer Mitchell’s bid for mayor. The roof of this building collapsed during the winter of 2014 and the building is severely threatened by neglect. 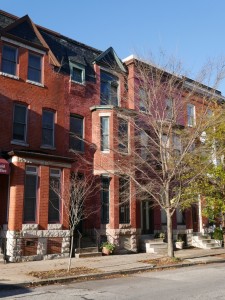 Harry Sythe Cummings was one of the first two African Americans to graduate from the University of Maryland Law School and, in 1890, became the first African-American elected to the Baltimore City Council representing the 11th Ward. This property is his final residence prior to his death. The building is seriously deteriorated with the rear wall and roof partially collapsed. 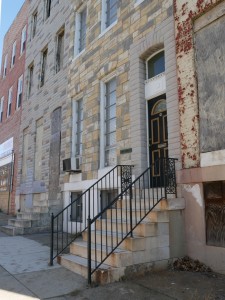 639 N. Carey Street is the former residence of Dr. J.E.T. Camper. In 1942, Baltimore NAACP official Dr. J. E. T. Camper and Juanita Mitchell worked with the Citizens Committee for Justice (CCJ), to lead 2,000 people from 150 groups on a march on Annapolis pressuring the Governor to address the issue of police brutality in Baltimore. The protest followed the death of Thomas Broadus, a black enlisted soldier from Pittsburgh, after he was shot and killed by Baltimore police officer, Edward R. Bender. 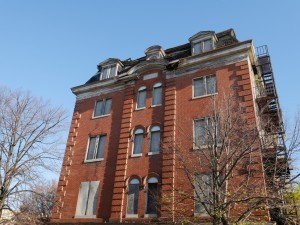 The former Druid Hill Health Center (listed on the National Register of Historic Places as the Home of the Friendless) is currently being offered by Baltimore City for development through the Vacants to Value program. This building is Baltimore’s first public health center for African Americans. A local developer recently submitted a proposal for 14 artist residences and has been preliminarily approved by Marble Hill Community Association. The Marble Hill Communtiy Association has been demanding that the city stabilize the roof of this deteriorating building for over 3 years. 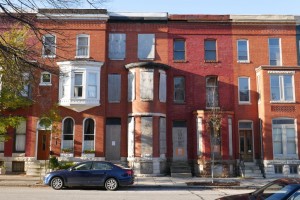 This home was the long-time residence of Civil Rights leaders Juanita Carroll Jackson and Clarence Mitchell Sr. Baltimore City stabilized and re-roofed the building in 2013 in response to concerns by neighborhood residents. 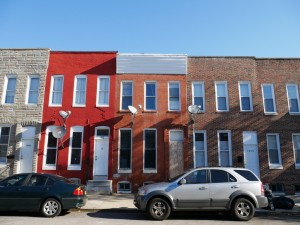 Warner T. McGuinn served two terms as a Republican on the Baltimore City Council: 1919-1923 and 1927-1931. Before coming to Baltimore in 1891, McGuinn practiced law in Connecticut and in Kansas City, Kansas. The Maryland bar admitted him in 1892. McGuinn collaborated with W. Ashbie Hawkins in the effort to overturn the West segregation ordinance of 1910. Building is in fair condition but is vacant and boarded.

This former African American school building is vacant and was recently offered for development through the Baltimore Vacants to Value Program. The building is located within the Old West Baltimore Historic District. Learn more about the Baltimore National Heritage Area’s effort to redevelop this building and seek designation as a National Historic Landmark.

This former African American school building is vacant and in deteriorating condition. It was recently offered for development through the Baltimore Vacants to Value Program. The building has no local landmark designation but is located within the Old West Baltimore Historic District.

Properties that are in good condition but have no landmark or local historic district designation that could protect them in the future if their condition changes. 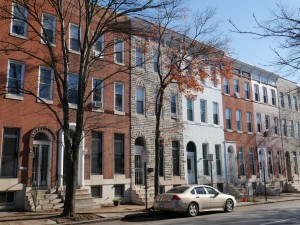 In 1885, Reverend Harvey Johnson founded the Order of Regulators — a civil rights advocacy organization that later changed names to the Brotherhood of Liberty in 1887. The Maryland Historical Society collections hold a group portrait (PP240.005) taken on the steps of the rowhouse of “A group of ministers and lawyers formed to obtain jobs for Colored Teachers in the Colored High School before 1900.” The property is covered in formstone but appears to be occupied and in fair to good condition. This property is located within the Old West Baltimore National Register Historic District but not inside any local district.

The property is located within the Marble Hill neighborhood but outside the existing designated historic district.

This property is located within the Old West Baltimore National Register Historic District but not inside any local district.

These properties have been lost within the past several years.

The former residence of Violet Hill Whyte, first black officer for the Baltimore City Police Department. The Harlem Park neighborhood has been targeted for significant demolition through the Baltimore City Vacants to Value Program. 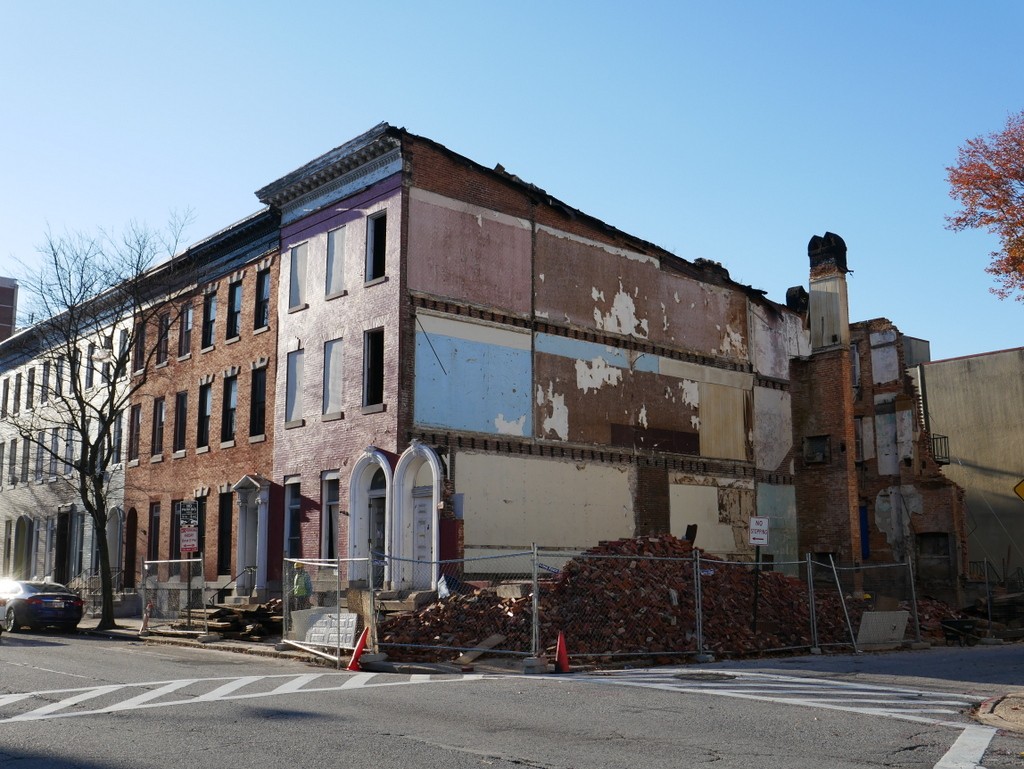