Baltimore’s history is more than bricks and mortar…it’s mostly about people! Just as much as our harbor and our great neighborhoods, Baltimore’s longstanding businesses are a central part of what makes our city unique. Baltimore Heritage’s Legacy Business Program highlights the city’s businesses that have survived for over 100 years and are still going today. Whether you’re looking to purchase a fishing pole, ornamental ironwork, or a Santa costume, read below to learn about just a few of Baltimore’s many historic legacy businesses! 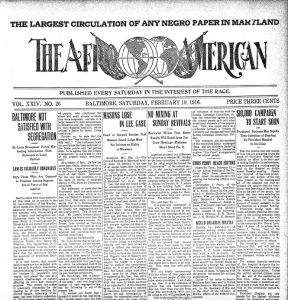 The Afro, which recently celebrated its 130th anniversary, was founded in 1892 as a church newsletter. It changed hands a few times before being purchased by John H. Murphy, Sr. in 1897. He then took this small church paper and expanded the operation to over 100 employees before his death in 1922. His son, Carl Murphy, followed his father as chairman and expanded the operation even further, increasing the circulation to 235,000 by 1945. 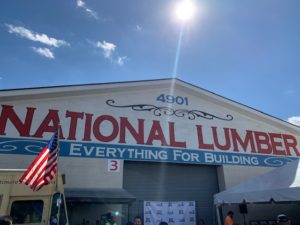 Alexander Fruman emigrated to Baltimore from Eastern Europe in 1917 with few possessions. Among them was a handsaw that helped him start a business building wooden windows and doors in 1919, in a shop at the corner of Stiles Street and S. Central Avenue near the Little Italy neighborhood. 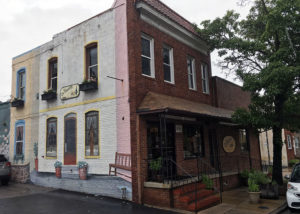 In 1914, Luigi DiPasquale, Sr., an Italian immigrant to Baltimore, established a small corner store on Claremont Street stocking groceries and household goods for residents in the developing Highlandtown neighborhood. Over a century later, the business has kept up with the changing tastes of local shoppers. Now owned by Joe DiPasquale, the store on Gough Street is now a unique marketplace that draws shoppers from across the region seeking imported and locally produced Italian food. 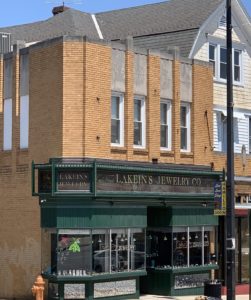 Like many old family-owned businesses, Lakein’s Jewelers was started by a newly arrived immigrant. 29-year-old Isadore Lakein, his wife Anna, and their son Samuel, arrived in the United States from Russia in 1912. A second son, David, was born in 1915. Isadore started his jewelry business the year after arriving in the U.S. when he began selling a variety of goods door-to-door in the Fell’s Point neighborhood of Baltimore. 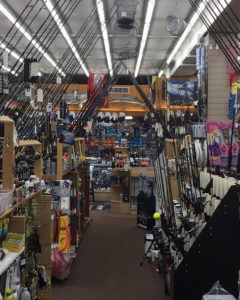 Tochterman’s ostensibly sells fishing tackle but owners Tony and Dee Tochterman—the third generation of the Tochterman family to run this Eastern Avenue institution—are part of a hundred year long history of customer service that few other businesses could match. 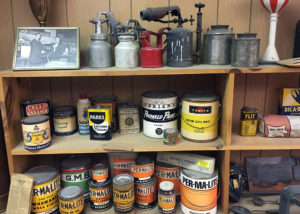 A family-owned business has been around since 1868, Budeke’s paint products have been delivered via police car, motorcycle, bicycle, and roller skates, not to mention more conventional commercial trucks. The long-time Broadway location in Fells Point was gutted by fire in September 2018. 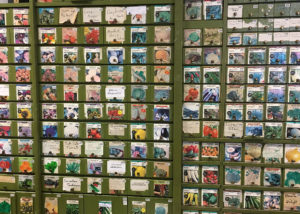 Meyer Seed is now located in a nondescript warehouse on Caroline Street between Harbor East and Fells Point. Stepping inside, however, offers a rare sight—hundreds of varieties of seeds displayed in big banks of wooden drawers and long rows of bins used by countless customers over the decades.The company’s wide variety of seeds for sale has helped Meyer Seed compete with “big box” stores that don’t offer nearly the same range of options for gardeners. 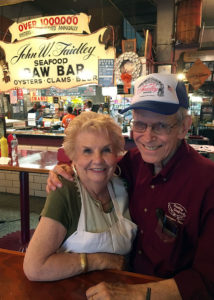 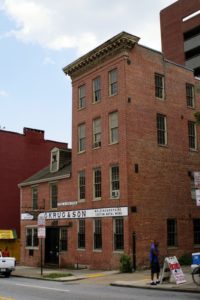 For more than 200 years artisans here have hammered out practical and ornamental ironwork that still graces local landmarks as Otterbein Methodist Church, the Basilica of the Assumption, Baltimore’s Washington Monument, Zion Church, Johns Hopkins Hospital and the Baltimore Zoo. 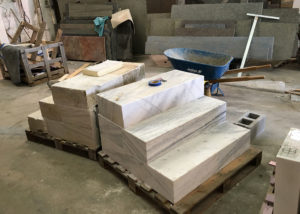 Founded in 1863 by German immigrants Ludwig Hilgartner and Gottfried Schimpf, Hilgartner Stone has made some of the nation’s finest stonework for over one hundred and fifty years. Of course, the company has made a unique mark on both Baltimore’s sculpture and architecture during that time. The company’s work can be found at the Baltimore Museum of Art, Greenmount Cemetery, Walters Art Museum, Maryland Institute College of Art, the Baltimore War Memorial—along with other major landmarks. The company’s most widely used product, however, may also be one of the most humble: the city’s iconic marble steps. 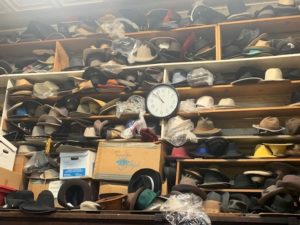