Past Events › Baltimore by Foot 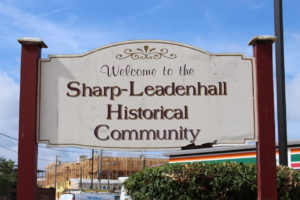 Ms. Betty Bland-Thomas, a long-time community activist and member of the South Baltimore Partnership, will lead this walking tour through the Sharp Leadenhall neighborhood in South Baltimore. This community is home to Ebenezer AME, the third oldest African Methodist Episcopal church in the nation, and has been home to a vital African American community since the late 1700s. As in West Baltimore, residents struggled against displacement and demolition by highways projects in the 1960s and continue to organize against gentrification. The walking tour not only highlights this long history, but will also offer a chance to hear stories from long-time residents on their everyday experiences growing up in the neighborhood in the 1940s and 1950s.

How to Read a Rowhouse: Colonial Architecture in Fell’s Point 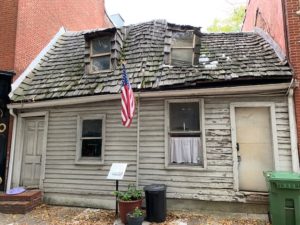 When you look down Thames Street and smile at how “old-timey” it looks, what are you really looking at? Join architect David Gleason, president of the Fell’s Point Preservation Society, on a walk through the aged neighborhood to learn how to read historic buildings and uncover their unique histories. These houses and businesses have been reinvented and repurposed over 250 years in order to meet the changing economy of Baltimore--what can they tell us about those who lived and worked in Fell’s Point? Join us to “excavate” structures by exploring the layers of construction and change--you never know what you might discover hiding behind the facade! 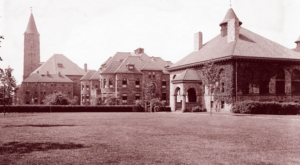 While Rev. John Goucher was overseeing the building of today's Lovely Lane United Methodist Church in the mid-1880s, he was also helping establish a college for women to give them “equal advantages in the business of life.” Join Marilyn Warshawsky, author of John Franklin Goucher: Citizen of the World and a trustee emerita of the College, at Lovely Lane for a tour of this historic church, a presentation of archival photos of original college buildings, and a walking tour of the campus that is now part of the diverse community known as Old Goucher. 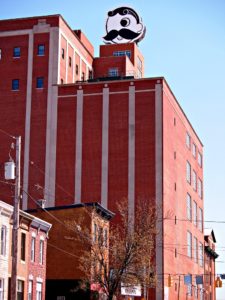