“My Own Two Hands”: A Birthday Tour of the H.L. Mencken House 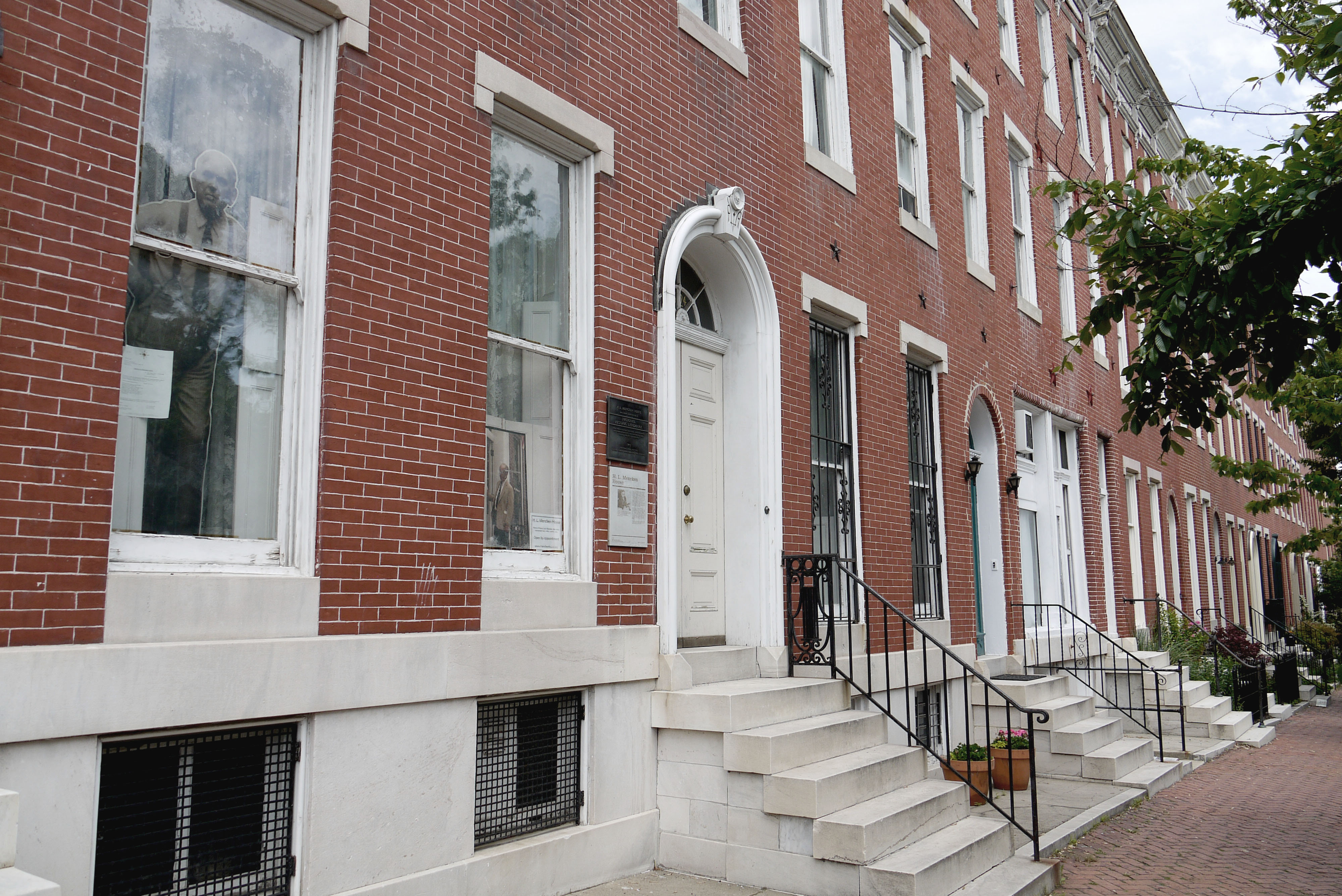 Henry Louis Mencken wrote that his house on Hollins Street was “as much a part of me as my own two hands,” and his personality can be seen in everything from the parquet floors to the garden tiles. We’re celebrating Mencken’s birthday this year with a visit to his Union Square house. Mencken’s parents first brought him to the house as an infant and, with the exception of a brief interlude in Mount Vernon, Mencken lived there until his death at the age of seventy-five.

He did much of his writing, reading, and thinking in the front study on the second floor where he could enjoy the view of Union Square and the surrounding neighborhood. This is where Mencken convinced the famous lawyer Clarence Darrow to defend John Scopes in the Scopes Monkey Trial and the room where he wrote articles and books that made him, in the words of journalist Walter Lippmann, “the most powerful personal influence” in America.”

Long shuttered, today the house is on moving towards restoration and reopening through a partnership between the Baltimore National Heritage Area, the Friends of the H.L. Mencken House, and Baltimore City. Please join us on a birthday tour of the house and garden that was so integral to life and works of one of Baltimore’s most influential writers and learn what’s in store for this landmark in the months ahead.

Please note that the Mencken House does not have working restrooms at this time.