Travel to the Gilded Age at the Evergreen House 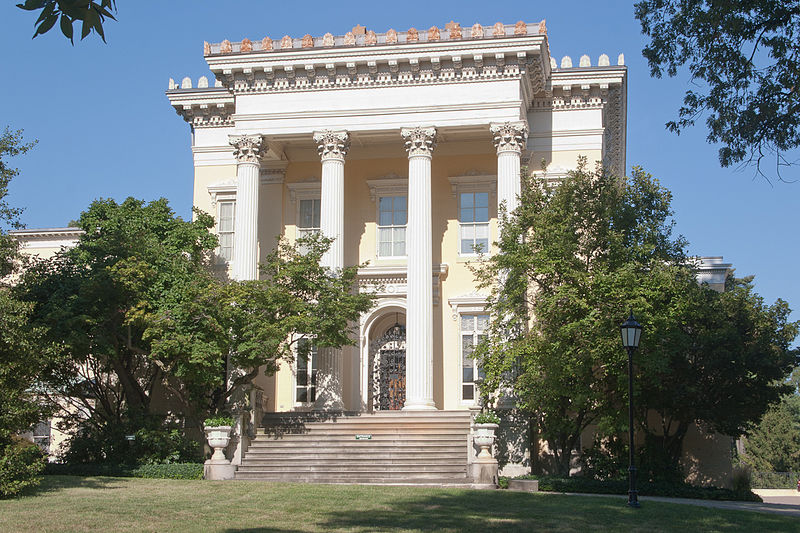 With 48 rooms, a soaring portico, and a Tiffany designed glass canopy, Evergreen House stands out as one of Baltimore’s best Gilded Age mansions. The house was built in 1857 by the Broadbent Family. John Work Garrett, president of the B&O Railroad, purchased the mansion 19 years later for his son T. Harrison Garrett. In addition to exquisite architecture, the building has over 50,000 items from the Garretts, including drawings by Degas and Picasso and the world’s largest collection of Tiffany glass pieces. Evergreen House’s rare book library was designed by noted architect Lawrence Hall Fowler, and contains 8,000 volumes that include works by Shakespeare and Audubon, as well as the signatures of every signer of the Declaration of Independence. The mansion even has its own theater, which is elaborately decorated by the Russian designer Leon Baskt and is the only known theater to retain original sets by him. In 1942, the mansion and surrounding 26 acres of landscaped lawns and gardens were deeded to The Johns Hopkins University, under whose care they are today.

Please join us for a tour of this fantastic Baltimore treasure. The tour will include a little wine and cheese.