How Manger’s Makes Sausage: A Staple of Baltimore’s German Heritage 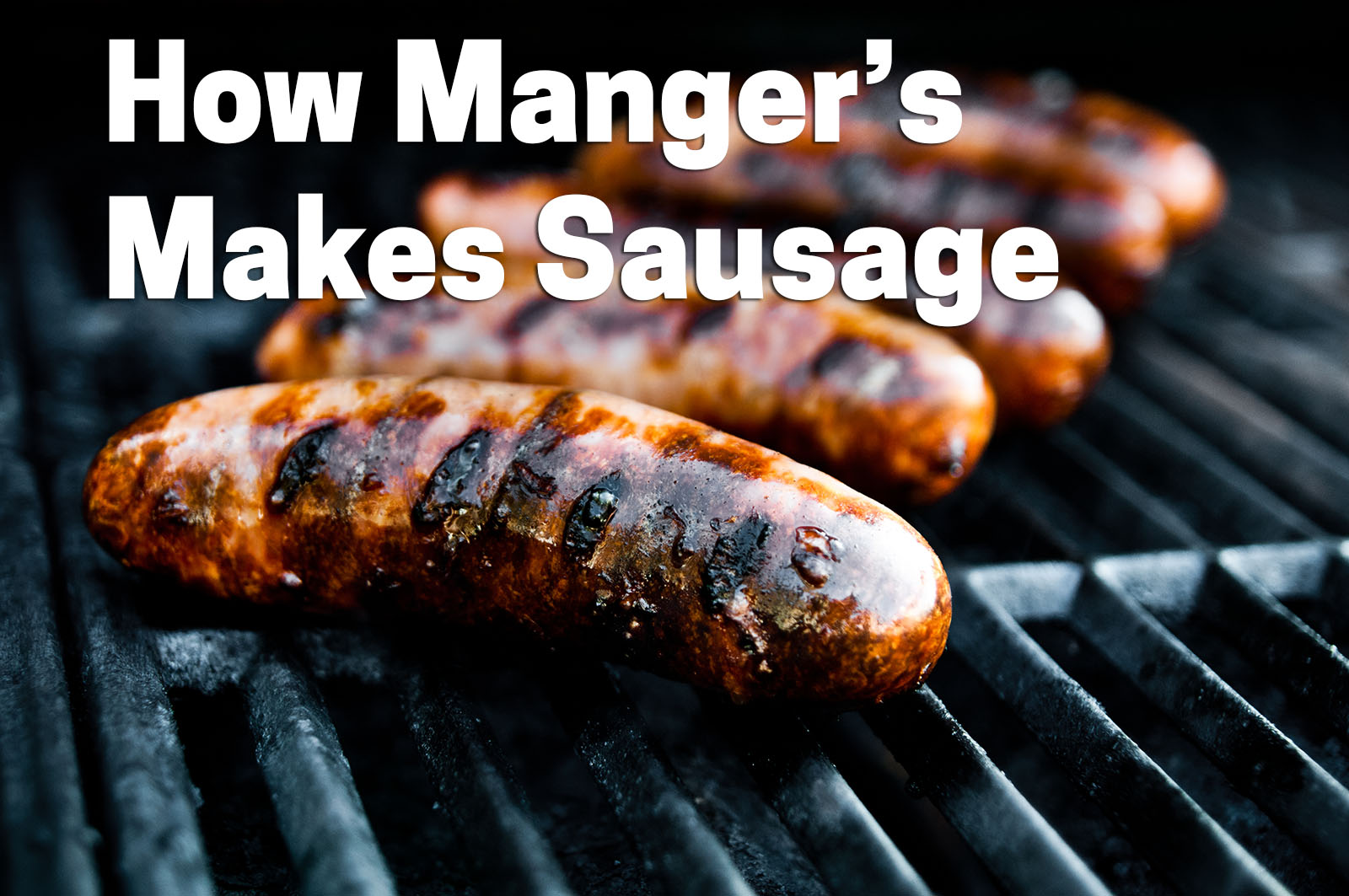 Manger Packing Corporation has been a staple of the Baltimore-Washington sausage world for over 150 years. Tucked away in the Shipley Hill neighborhood of southwest Baltimore, the company churns out 20,000 sausages a week, including a large number that go to the lunch counter at the iconic Ben’s Chili Bowl in Washington D.C. Not only is the business itself a long-standing fixture, it is still owned and operated by the Manger family with three generations currently working together at the plant that is in the same location as where it was founded by German immigrant George Manger in the 1860s.

Join family patriarch Alvin Manger for a peek at where the sausage is made and more than a few stories about Baltimore’s German heritage. The actual work of making sausage will have been completed and cleaned before we arrive. The tour will give you a chance to hear from the family about their experiences in the sausage business, their historic role in southwest Baltimore’s German butcher community, and their continuing contributions as a community fixture. The plant’s retail shop sells their meats, including a ten-pound box of sausage for the intrepid sausage lover or to take home to share. Of course, we’ll have samples of Manger sausages to taste during the tour.

Registration
https://baltimoreheritage.org/civicrm/?page=CiviCRM&q=civicrm/event/register&reset=1&id=290
Parking
A small amount of parking is available at the site. There is also street parking in the area.