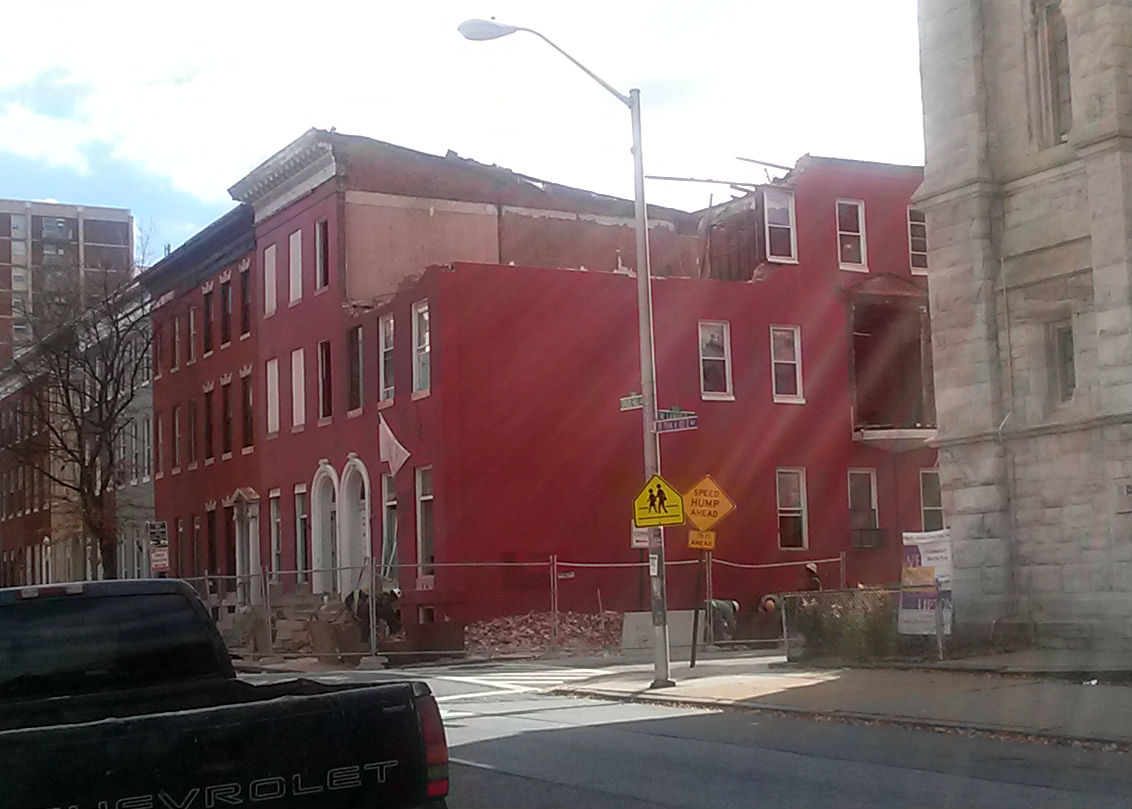 Last week, Bethel AME Church demolished 1234 Druid Hill Avenue, a building in Upton’s Marble Hill historic district with strong connections to Baltimore’s Civil Rights movement. The demolition came as a shock to neighborhood activists who had urged city officials to investigate and protect the property when Bethel AME began work on the property in September. 1234 Druid Hill Avenue had been known to a generation of Baltimore’s Civil Rights activists as “Freedom House”—serving as an office to the local chapter of the NAACP, hosting meetings with Clarence Mitchell, Lillie Mae Carroll Jackson, luncheons with Eleanor Roosevelt and even Martin Luther King, Jr. Known as a “mighty little organization,” Freedom House was established by the Baltimore NAACP in 1970 under the leadership of Dr. Lillie M. Jackson. By December 1977, the organization had “received many citations including the AFRO’s highest honor for its successful crusades in reducing unemployment, crime and delinquency.”

Just as importantly, 1234 Druid Hill Avenue had been the home of Harry Sythe Cummings and his family from 1899 to 1911. In 1889, Cummings graduated from the University of Maryland Law School (one of the first two black men to do so) and, in 1890, became the first African American elected to a Baltimore City Council seat.

Learn more about the demolition of the Freedom House and Baltimore Heritage’s work to document and protect Civil Rights landmarks.