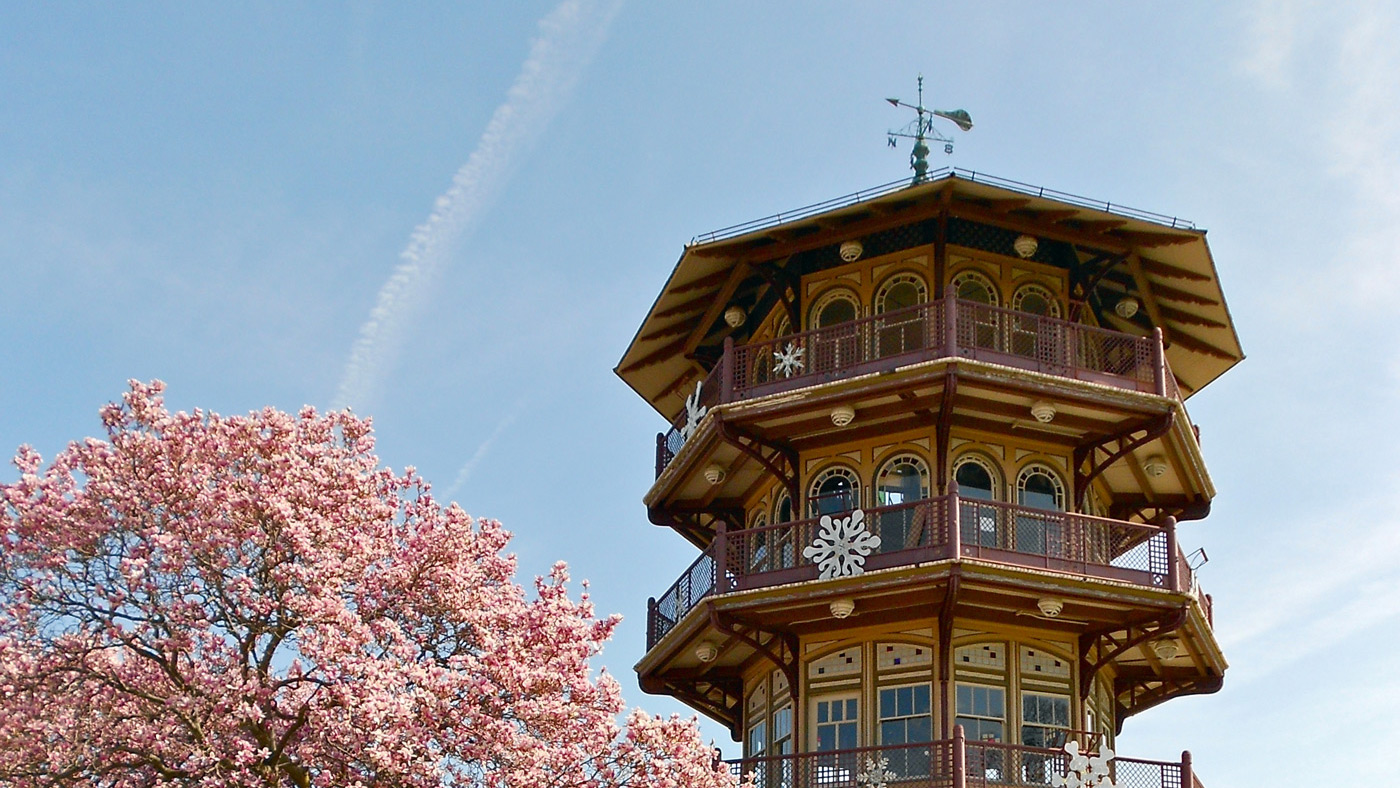 In the fall of 1814, thousands of people came together on Hampstead Hill to defend Baltimore from a British attack. Today, the former fortifications are located in Patterson Park and topped by the charming Patterson Park Pagoda. After a short climb up the Pagoda’s winding iron stairs, you’ll enjoy a singular view of East Baltimore and learn the story of the Battle of Baltimore and War of 1812. With a bit of imagination, you’ll soon be seeing bombs bursting in air and listening the voices of people like General Samuel Smith (commander of the city’s defense), Jacob and Susan Loudenslager (the original butchers on Butcher’s Hill), and Charles Ball (a man who escaped from slavery and fought at Bladensburg and Baltimore). This short tour explores the rich history of Patterson Park from the early nineteenth century to the present.

Our Monumental City tours are guided walks exploring iconic Baltimore landmarks in Downtown, Jonestown, Patterson Park and Mount Vernon every Sunday from April through November. Our Patterson Park Pagoda tour is organized in partnership with the Friends of Patterson Park.