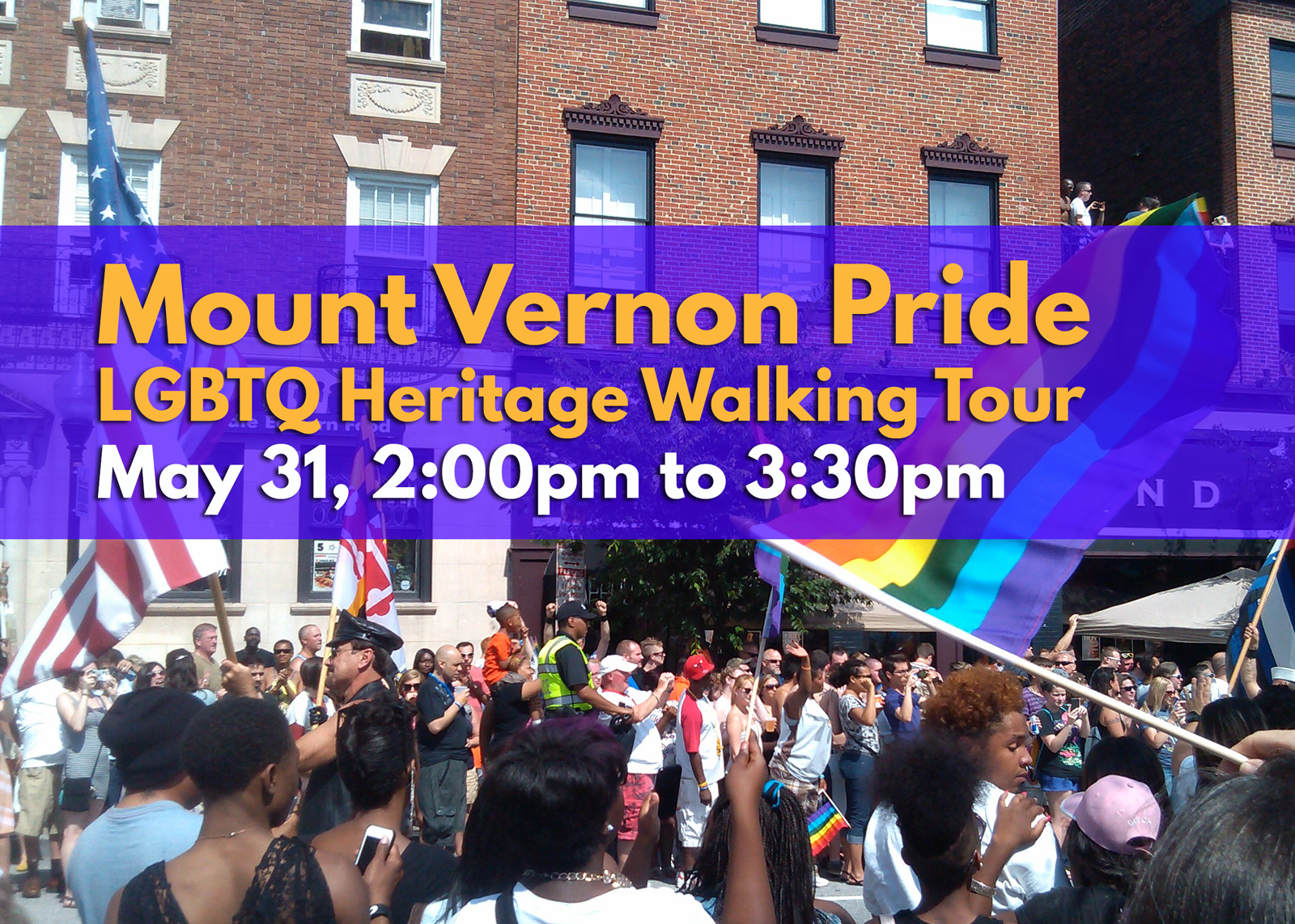 Many know Mount Vernon as the home of Baltimore’s Pride Parade as well as the city’s oldest gay and lesbian bars and businesses. But that only is only a small part of the LGBTQ history and historic places found in this neighborhood!

Join Baltimore Heritage for a 90-minute walking tour of the neighborhood’s queer heritage landmarks, from the origins of the Chase Brexton Health Center to the locations where early-20th century lesbian women helped shape some of Baltimore’s premier educational institutions. We’ll hear about the medical professionals and volunteers who led the city’s first responses to the AIDS epidemic and residents who founded Baltimore’s only African American LGBT-identified church. This tour is a unique opportunity to explore the places and events that have shaped the growth of Baltimore’s LGBT community and civil rights movement.