Mount Vernon Place: Stories of Slavery and Emancipation with the Maryland Historical Society 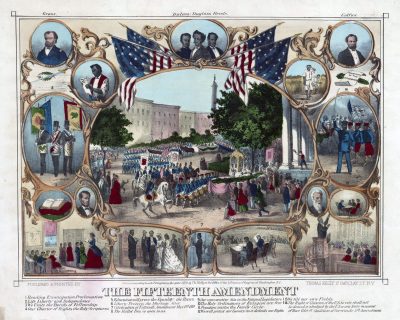 Around Mount Vernon Place, memorials in bronze and marble honor slave-holders – George Washington, John Eager Howard, and until recently, Roger B. Taney. No statue recognizes the labor of the enslaved people who worked and lived in the neighborhood’s handsome antebellum houses. The stories of slavery and emancipation on Mount Vernon Place are far from simple, however, including the monument to the Marquis de Lafayette, a hero of the American Revolution who personally urged George Washington and Thomas Jefferson to emancipate their slaves and abolish slavery in the United States.

The tour will start with a guided walk through the Maryland Historical Society’s newly refreshed Divided Voices: Maryland in the Civil War exhibit. David Armenti, Director of Education at the Society will provide participants an in-depth look at how the complex history of slavery and freedom for African Americans impacted the country before, during and after the war. Then, Eli Pousson of Baltimore Heritage will take the group for a short stroll around Mt. Vernon uncovering the lives of enslaved people and slave-owners with stories from violent politics of the Civil War to the revolutionary changes of emancipation. We hope you can join us!