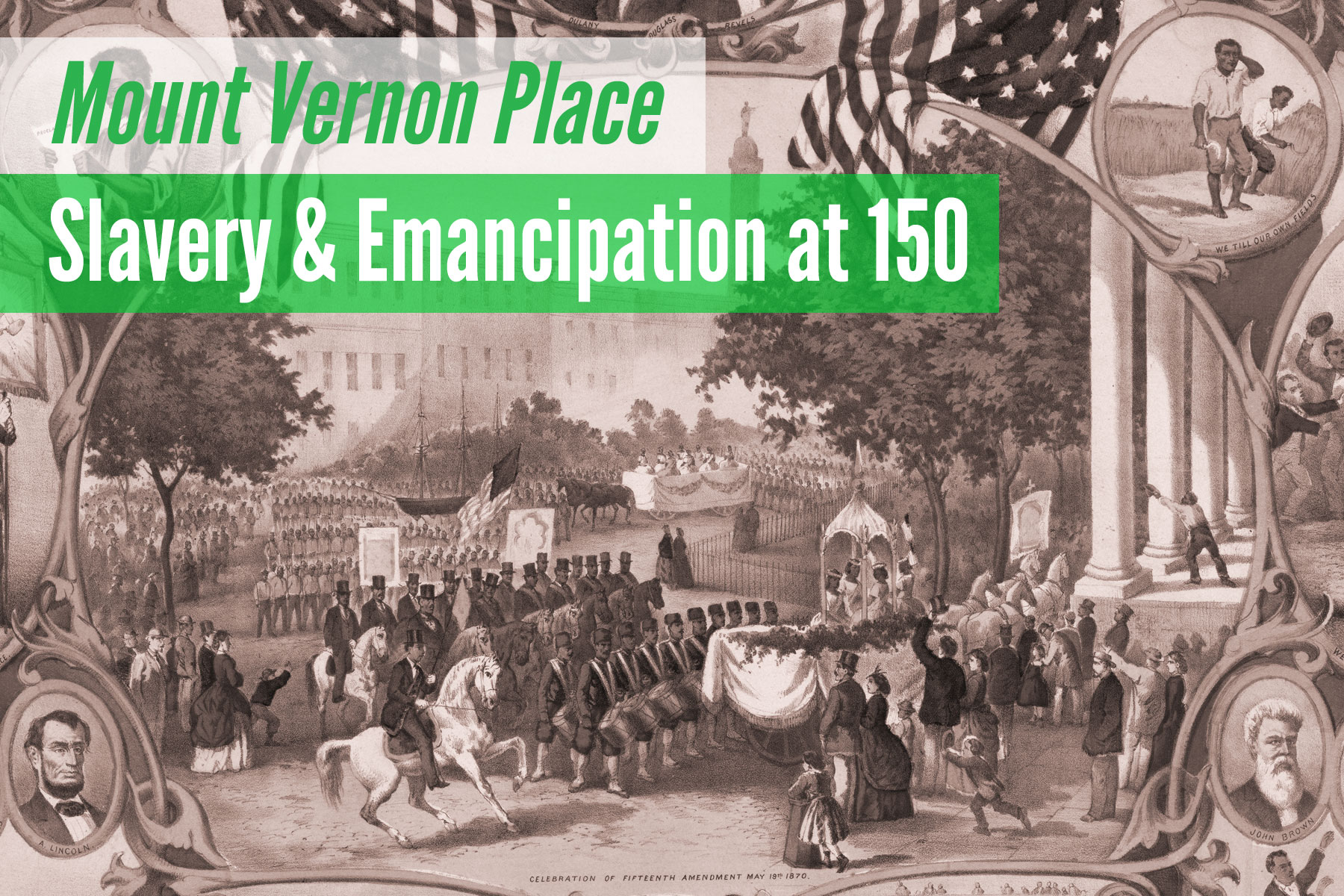 As we celebrate the 150th anniversary of emancipation in Maryland, join us on a walk through the untold stories of enslaved and free African Americans around Mount Vernon Place.

Around Mount Vernon Place, memorials in bronze and marble honor slave-holders – George Washington, John Eager Howard, and Roger B. Taney. No statue recognizes the labor of the enslaved people who worked and lived in the neighborhood’s handsome antebellum houses. No plaque recalls Frederick Douglass’ words – “All that is merciful and just, on earth and in Heaven, will execrate and despise this edict of Taney” – in response to Taney’s notorious Dred Scott decision. No sign shares the stories of men like Richard Mack, born into slavery and employed as a butler in a the Garrett-Jacobs Mansion at the turn of the century.

The stories of slavery and emancipation on Mount Vernon Place are far from simple, however, like the monument to the Marquis de Lafayette, a hero of the American Revolution who personally urged George Washington and Thomas Jefferson to emancipate their slaves and abolish slavery in the United States. Join us on a tour uncovering the lives of enslaved people and slave-owners with stories from violent politics of the Civil War and the revolutionary changes of emancipation.