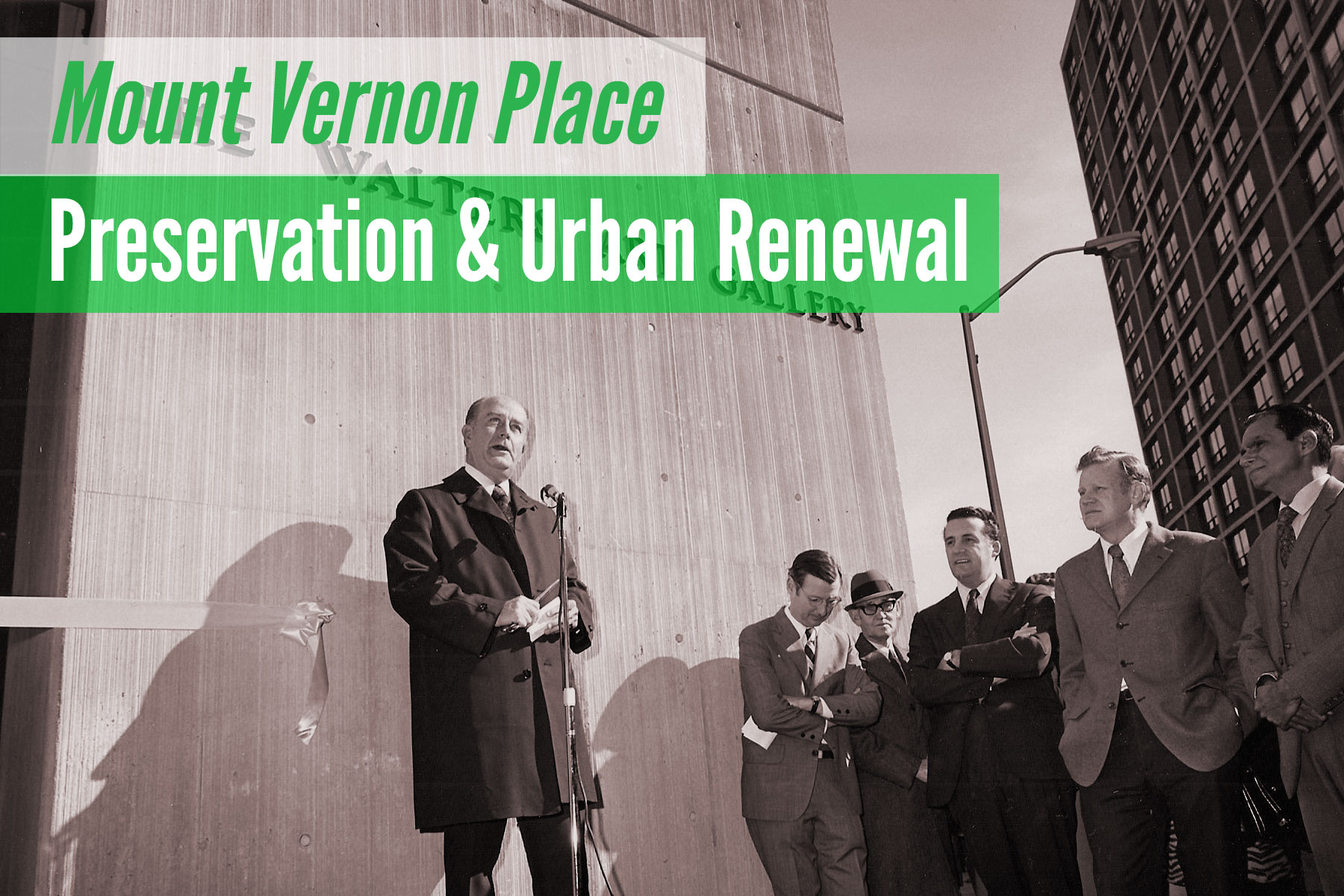 Few could imagine tearing down the gems of Mount Vernon Place today but the buildings around the squares hold a fascinating history of fights over historic preservation and urban renewal.

Far removed from the city’s bustling harbor, Mount Vernon Place developed as an affluent suburb in the mid 19th century. It was home to men like William Walters, a successful wholesale merchant whose legacy helped to establish the Walters Art Museum, and Robert Garrett II, the first-born son and heir of John Work Garrett, the founder of the Baltimore and Ohio Railroad. Robert and his wife Mary Frick Garrett made the perfect high society couple and engaged architect Stanford White to turn an already grand townhouse into a palatial 40-room mansion.

With such a distinguished history and stylish architecture, it is hard to believe that the neighborhood narrowly avoided being flattened for the development of an east-west highway in the 1960s and the Garrett-Jacobs Mansion itself was lucky to escape demolition in the face of urban renewal. Join us for a short walking tour around the Squares to tell the story of the challenges of urban renewal and how preservationists saved these unique blocks from destruction.