Lights, Camera, Restoration! Behind the Scenes at the Centre Theater on North Avenue 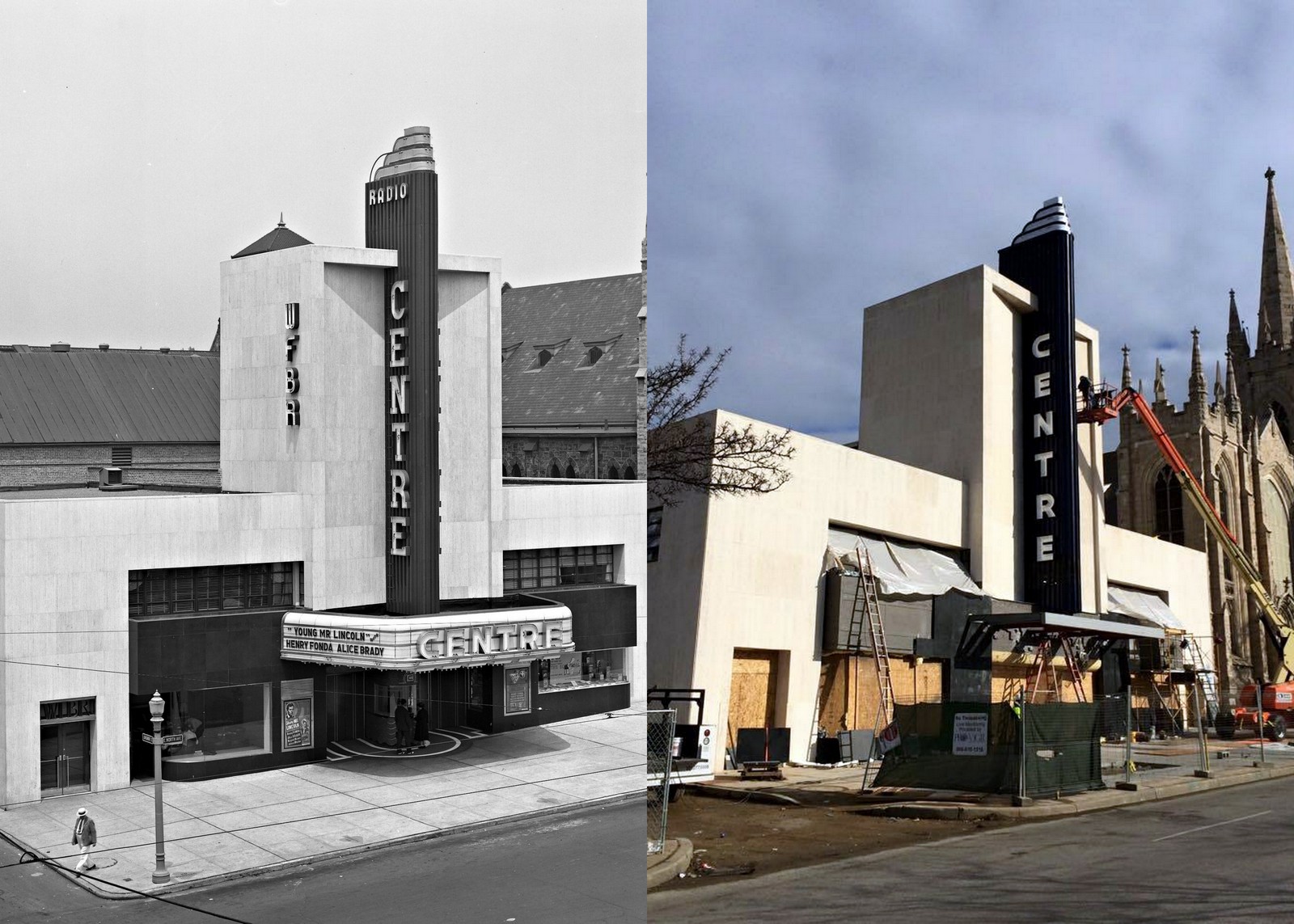 On a February evening in 1939, the Centre Theater opened with a Hollywood-style splash as “a thousand invited guest walked through the glare of spotlights while newsreel photographs turned their cranks and candid camera fans sniped from the sidelines.” The $400,000 new building was not just a theater but a whole complex, including WFBR’s radio station and studios, a branch bank office for the Equitable Trust Company, and a garage. The owner, a former school principal named Morris A. Mechanic, was thrilled with his new investment and even moved his office to the second floor where he built a special window into the theater so anyone in his office could watch the shows unnoticed.

Mechanic closed the theater in 1959 as the bank expanded into the theater space. Up until the 1990s, the bank and radio station remained, but until recently, the building had stood empty and deteriorating. The future today, however, is bright. Jubilee Baltimore is finishing an $18 million restoration project, turning the theater into multi-purpose art space. In a new partnership, the building will contain restaurant space, 200 jewelry-makers, the film programs of Johns Hopkins University and Maryland Institute College of Art, and a new “Center for Neighborhoods” that will offer a collaborative work space for nonprofits that serve Baltimore neighborhoods.

Please join us and Jubilee director Charlie Duff on a tour of this great new addition in the Station North neighborhood a few months before it opens to the public.