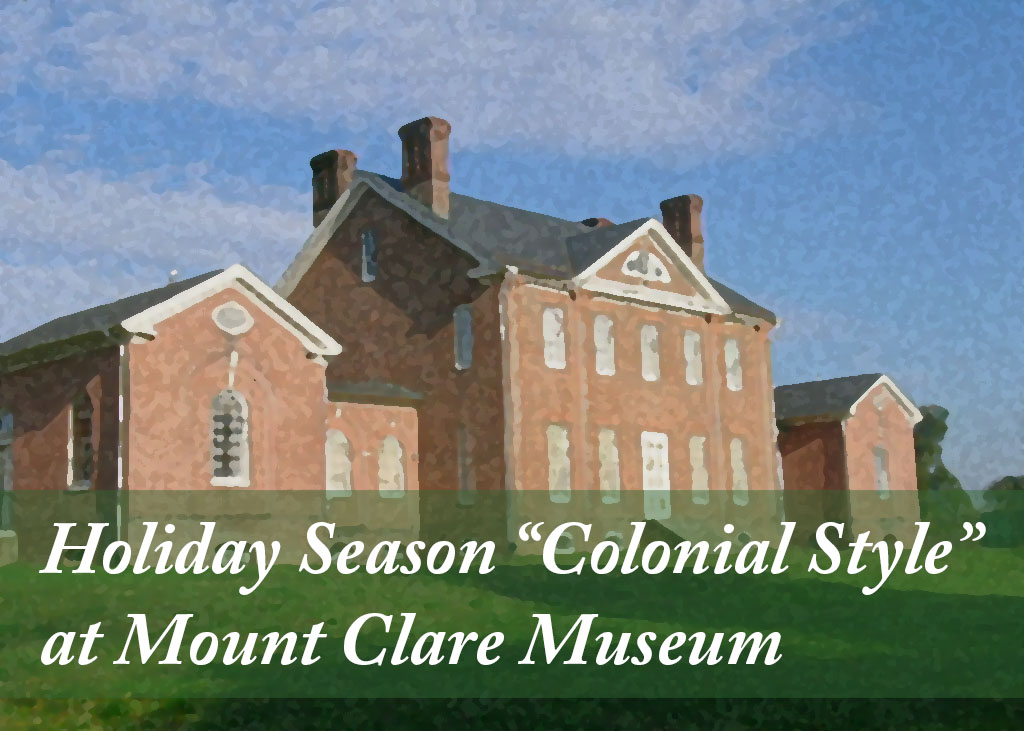 Built in 1760, Mount Clare was the home of Charles Carroll (Barrister) and along with the Robert Long House in Fell’s Point, is one of the oldest structures in Baltimore. Charles studied law at the Inns of Court in London, and returning to Maryland after his father’s death in 1755, became one of the colony’s wealthiest men. He was one of Maryland’s first state senators, and in 1776, after ousting Royal Governor Robert Eden, was among seven men appointed to draft a Declaration and Charter of Rights that formed the government for the State of Maryland.

“The Barrister,” as Charles became known, began building Mount Clare (named for his grandmother Mary Clare Dunn and his sister Mary Clare McCubbin) soon after arriving back in America. Designed in the Georgian style, the home is built with pink brick likely made on site. The extensive grounds included a bowling green, a greenhouse with orange, lemon and pineapple trees, and sweeping lawns leading down to the Patapsco River a mile away. After the Barrister’s death in 1783, his wife Margaret Tilghman took up full-time occupancy. (In 1763 at the age 40, Charles had married Margaret, age 21, after he had been taxed 20 shillings a year for the offense of being “a persistent bachelor.”) At Margaret’s death, the estate passed to a nephew, as the Carrolls had no children. In 1829, a portion of the grounds was donated to build the B&O’s Mount Clare Station, the first railroad station in America. In 1890, the Carroll heirs sold the estate to Baltimore City for a park, later designed by Olmsted Brothers Landscape Architects.

Today, the house is operated jointly by the the National Society of The Colonial Dames of America in the State of Maryland and the B&O Railroad Museum. It still boasts the original plaster (now 250 years old!) and has a world renowned collection of original furniture that belonged to the Carroll family in the late 1700s and early 1800s. Please join us and our host Rose Gallenberger, director of the Mount Clare Museum House, on a tour of this fabulous residence as it is decked out for the holidays in full Georgian splendor.