Heritage at the Top of the Bay: Tour the Havre de Grace Lock House and Canal 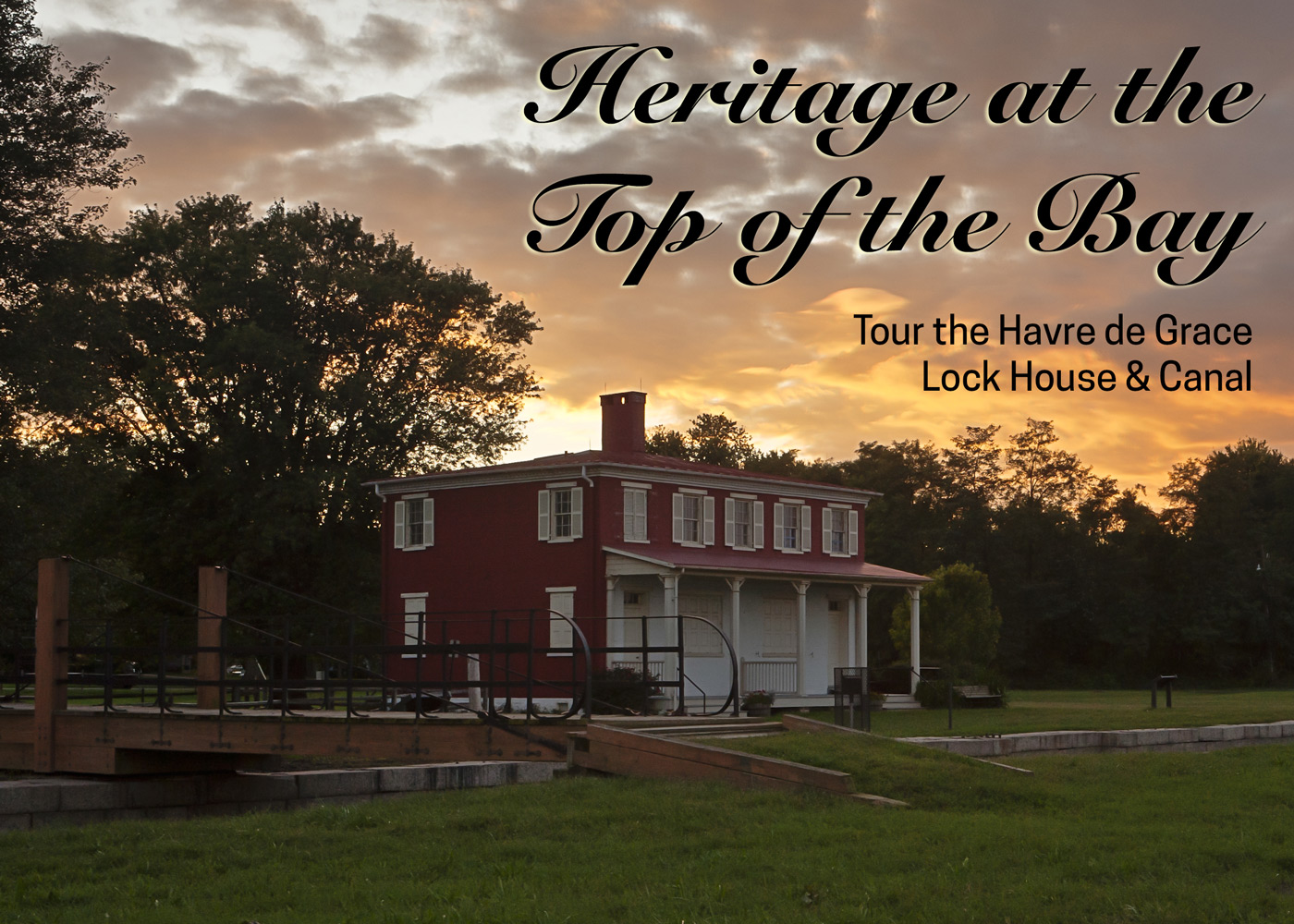 In 1840, the 45 mile long Susquehanna and Tidewater Canal was completed after a mere four years of construction. The canal connected Havre de Grace at the top of the Chesapeake Bay to the town of Wrightsville in Pennsylvania, and thus to a network of over 4000 miles of canals along the East Coast and Midwest. Mules pulled flatboats loaded with lumber, farm products and coal. The canal operated until railroading eventually made it obsolete, and in 1902 the Reading Railroad Company that had owned the canal for thirty years, sold it to the Philadelphia Electric Company for the construction of the Conowingo Dam.

Despite its demise as a working transportation corridor, much survives, including the canal’s 1840 Greek Revival lock house. Please join us as we tour the lock and pivot bridge, the 1840s lock house, and learn about the history of Havre de Grace from the 1600 to present including its bridges and railroads over the Susquehanna River. The lock house is now operated by the Susquehanna Museum at the Lock House and our tour will be led by inveterate Baltimore Heritage tour participant and official lock house guide Bill Pfingsten.

Plan to stay for lunch! The Smithsonian last year named Havre de Grace one of the twenty best small towns in America to visit and it has a host of great shops and restaurants.