A Combination of Classics: Hopkins Symphony Orchestra Concert and a Tour of Baltimore’s War Memorial 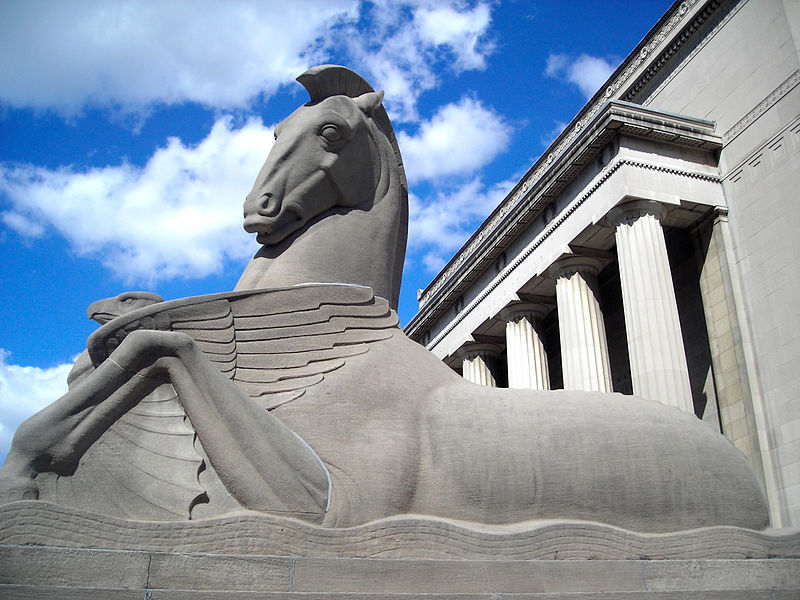 On October 15 and on December 3, the Hopkins Symphony Orchestra is beginning its season with concerts at Baltimore’s War Memorial, and we’re delighted to join the musicians to make a combination of classics: a pre-show guided tour of the historic War Memorial building followed by a performance from the orchestra.

We are co-hosting this double-header event and hope you can join us on one of both to see this architectural masterpiece designed by Laurence Hall Fowler and enjoy fantastic classical music.

Register for the December 3, 2017 Tour and Concert

About the War Memorial

In a ceremony that included Ferdinand Froch, Marshall of France and one-time commander-in-chief of allied forces during World War I, Baltimore broke ground for the War Memorial on November 22, 1921, to commemorate the 1,752 Marylanders who died in the conflict. The building was designed by Laurence Hall Fowler, a noted Baltimore architect who also designed the grand library at Evergreen House as well as many notable private residences. With the war in mind, the building includes a large mural by Baltimore artist R. McGill Mackall entitled “A Sacrifice to Patriotism” and out front are two stone sea horses carved with the coat of arms of Maryland and the City of Baltimore by sculptor Edmond R. Amateis to represent the “Might of America crossing the seas to aid our allies.” The building remained dedicated to World War I until 1977 when Mayor Schaefer expanded its scope to honor Marylanders who died in all wars in the 20th Century.

Most recently, the city helped bring sunshine back into the building by removing soundproofing panels that were installed on eighteen crucial windows in a 1970s renovation. Today, the grand building and its 1000 seat auditorium is used for public events and houses a war museum on the ground floor. We hope you can join us!