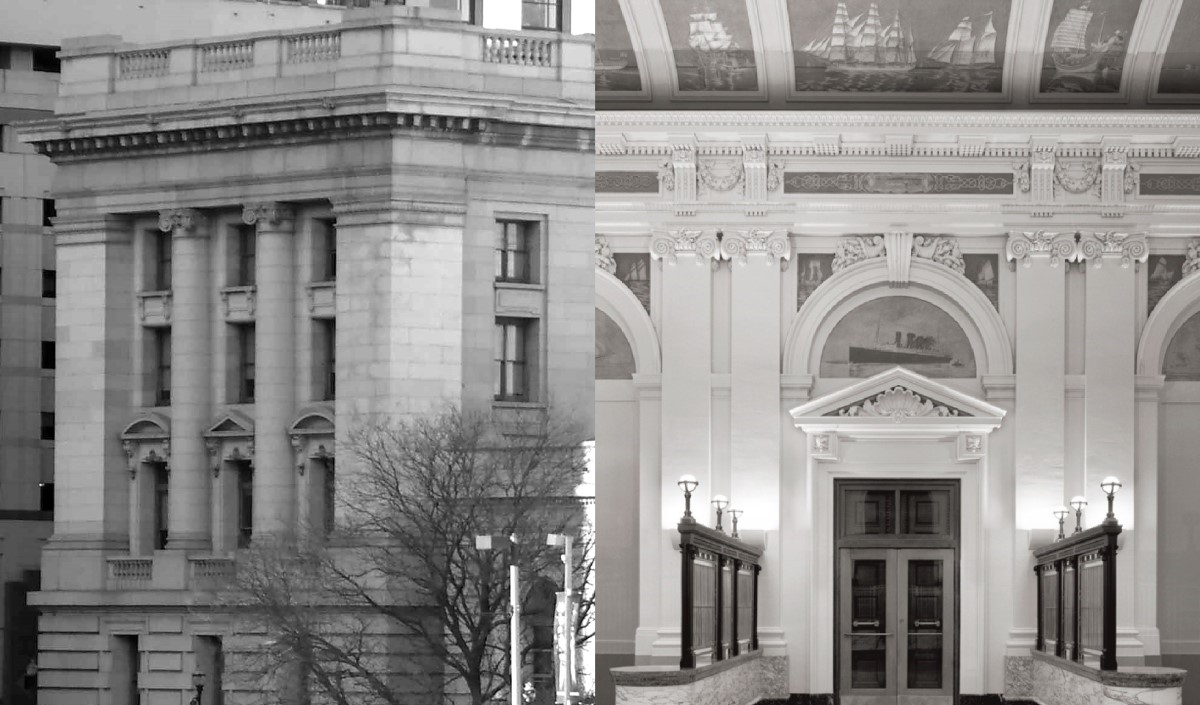 Those of us who drive down Lombard Street whiz past the U.S. Custom House on the corner of Lombard and Gay and maybe catch a glance to admire its stately exterior. Now is the chance to step inside and enjoy the equally beautiful interior. The Beaux Arts building at 40 South Gay Street is the third home of the U.S. Customs Service in Baltimore. With the Port of Baltimore as a driver, the Customs Service has marshalled considerable resources for the city since its creation in 1789, including creating the current grand building in 1907.

From its beginning, the building received high praise for both its form and function, including the magnificent Call Room that is decorated with murals of sailing vessels by Francis David Millet. Millet, a founder of the Museum of Fine Arts in Boston and the chief decorator of the 1893 World’s Columbia Exposition in Chicago, depicted ships ranging from ancient to modern to commemorate the importance of Baltimore as a U.S. port city. In a twist of fate, Millet would perish on the Titanic a few short years after completing his nautical work in the Call Room.

Not everyone leaves Baltimore for the winter holidays and if you are here, please join us to look inside this architectural treasure that is not normally open to the public.