A Hot Time In the Old Town: the Great Baltimore Fire of 1904 with Wayne Schaumburg 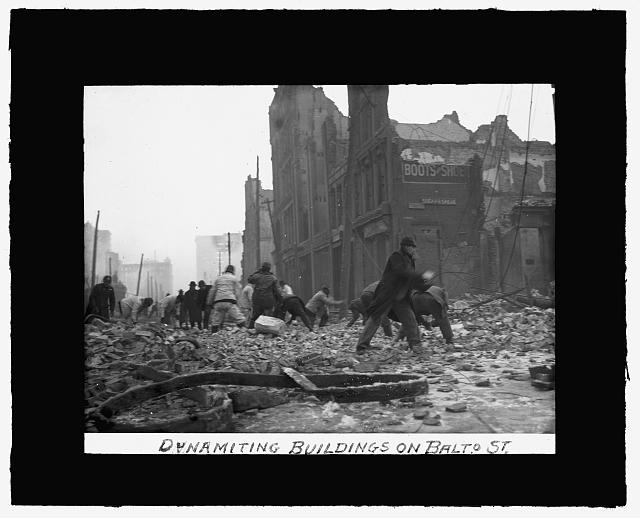 On a cold Sunday in February, 1904, a gentleman flicked his cigar butt on the sidewalk in front of Hurst’s dry goods store where today’s Royal Farms Arena now stands. This particular everyday act, however, turned catastrophic as one of the glass “eyes” in the sidewalk meant to bring light into a storage space below was missing. The still smoldering cigar fell right through the open hole and landed on a box of dry goods. The resulting fire burned for more than a day, destroyed over 1500 buildings and caused damages in the order of $100 million (in 1904 dollars).

The fire and Baltimore’s Herculean effort to rebuild have shaped the core of how our city looks and functions today. The rebuilding effort also gave rise to at least one important and close to home institution: our host and owners of the Engineers Club, the Engineering Society of Baltimore, formed as professionals came together in the aftermath of the fire to evaluate and learn from the tremendous blaze. Join Baltimore historian Wayne Schaumburg as he walks through the great 1904 Baltimore Fire, from the young mayor (35-year old Robert McClane) who found himself tasked with battling the fire and launching the city’s recovery, to how Thomas O’Neill saved his department store and how Baltimore got a new cathedral out of it.